According to the report, Iran-linked operatives attempted to kill foreign diplomats in at least seven countries over a span of 13 months. The targets included two Saudi officials, a half-dozen Israelis and several Americans, US and Middle Eastern security officials told the newspaper.

Many experts, the report said, see the incidents as part of an ongoing shadow war, a multi-sided, covert struggle in which Iran also has been the victim of assassinations and cyber attacks.

The officials told the Washington Post that the assassination attempts halted abruptly in early spring, when Iran began to shift its tone after weeks of aggressive anti-Western rhetoric and agreed to resume negotiations with the six world powers on proposals to curb its nuclear program. “There appears to have been a deliberate attempt to calm things down ahead of the talks,” a Western diplomat briefed on the assassination plots told the Washington Post. “What happens if the talks fail — that’s anyone’s guess.” According to the officials, in recent weeks investigators working in four countries have amassed new evidence tying the disparate assassination attempts to one another and linking all of them to either Iran-backed Hezbollah terrorists or operatives based inside Iran. 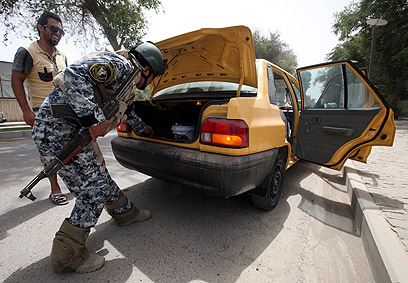 The Iran-backed operatives, the report said, were behind the thwarted plot to assassinate Israel's ambassador to Azerbaijan in early 2012. The plot was exposed when a "foreign spy agency" intercepted electronic messages that appeared to describe plans to move weapons and explosives from Iran into Azerbaijan, the Washington Post reported. The operatives plotted to assassinate senior American diplomats and Israeli embassy employees in the capital Baku. US officials said the plot had two strands, one involving snipers with silencer-equipped rifles and the other a car bomb. "Both strands could be traced back to the same place, the officials were told: Azerbaijan’s southern neighbor, Iran," the report said. "The threat, many details of which were never made public, appeared to recede after Azerbaijani authorities rounded up nearly two dozen people in waves of arrests early this year."

According to the report, it remains unclear whether the attempts were ordered by Iranian government officials or perhaps carried out with the authorities’ tacit approval by intelligence operatives or a proxy group such as Hezbollah.

“The idea that Iran and Hezbollah might have worked together on these attempts is possible,” a senior US official who has studied the evidence told the Washington Post, “but this conclusion is not definitive.”