While some 170,000 Israeli high school students took the English language matriculation exam recently, only a few thousands chose to take the parallel Arabic test, highlighting the language's decline in the Jewish state.

A recent report on behalf of the Israel Academy of Sciences and Humanities showed that Arabic language instruction in Israel is currently facing a severe crisis, as evidenced by the outdated curriculum, a shortage of professional teachers, and declining interest in the subject among students.

The committee who drafted the report discovered that many Israeli schools ignore regulations and allow students to replace Arabic studies by more attractive non-linguistic subjects such as law, medicine, theater and robotics.

The expert committee also noted that some Arabic teacher qualification programs were closed in recent years because of the low number of attendants.

"Arabic studies are usually conducted in Hebrew, both in the education system and in teacher qualification programs, and the result is that many Arabic teachers cannot speak or write Arabic," the report said.

According to Education Ministry figures, the Hebrew education system is home to some 1,300 Arabic teachers, but only about 170 of them are Arabs who speak the language as their mother tongue.

Experts summoned by the committee also noted that Arabic studies have been "subjugated" to the needs of the defense establishment, rather than being taught from a cultural and linguistic point of view. 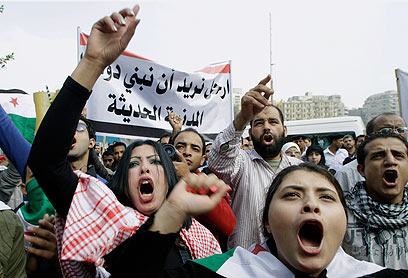 Basilius Bawardi, a senior lecturer at Bar Ilan University, claimed that the perception of Arabic as the "enemy's language" discourages Jewish students from taking up Arabic studies and makes it more difficult to bridge between Jews and Arabs and to eliminate stereotypes.

"A language is in fact a cultural bridge that can bring people closer and eliminate prejudice," he said.

Meanwhile, an IDF official in charge of an Intelligence Corps project aimed at promoting Arabic and Persian studies at high schools says the army is also concerned about the current state of affairs.

In recent years, the IDF identified a "grave problem in the level of exposure to Arabic by students…we saw that even those who studied the language did not possess a high level of knowledge, to say the least," the senior officer said.

"In the past, many students grew up in Arabic-speaking homes and had an attachment to the language and culture, yet today an Arabic class with only 10 students is considered relatively large, and that's a very serious problem in terms of national security," he said.

"The equation is quite simple – the more Arabic students we have in high school, the better the students we can pick, and the level of intelligence will grow," he said.

Ideally, the army would like to see some 50,000 students taking the Arabic language matriculation exam every year, roughly six times the current figure, the officer said.