Egypt's election commission delayed the announcement of presidential results scheduled for Thursday, as tension spiked over who will succeed ailing ousted president Hosni Mubarak after moves by the ruling military to extend powers.

"Egypt's election commission, headed by Judge Faruq Sultan... has decided to delay the announcement of the presidential election run-off," the official MENA news agency said late on Wednesday, without giving a new date. 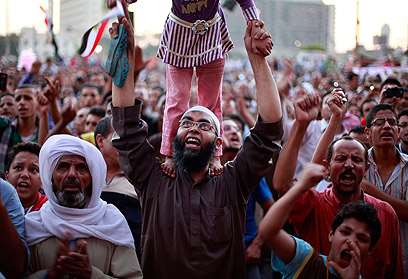 The election commission said it was looking into appeals from lawyers of both candidates into alleged campaign violations and disputed vote counting.

The commission said it would "continue examining the appeals... which will require more time before the final results are announced."

The announcement came amid uncertainty over Mubarak's health, following a flurry of reports about his condition.

Mubarak "is not clinically dead," a medical source told AFP. "He is in a coma and the doctors are trying to revive him."

"He has been placed on an artificial respirator," the source added, in an account confirmed by a member of Egypt's ruling military council, who spoke to AFP on condition of anonymity.

Egypt's state television carried a ticker item saying Mubarak was in "a coma and is not clinically dead."

State news agency MENA had earlier said the ousted strongman, 84, had been declared clinically dead after suffering a stroke in prison and being transferred to hospital.

News of Mubarak's failing condition came amid a backdrop of legal and political chaos.

The Brotherhood appeared set on a confrontation path with the ruling Supreme Council of the Armed Forces which issued a new constitutional declaration granting itself sweeping powers.

The state-owned daily Al-Ahram summed up the mood saying Egypt was facing "the most critical 48 hours in its history." 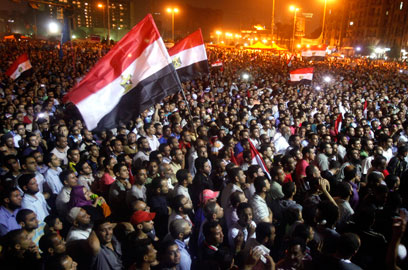 Early Monday the Brotherhood said their candidate had won the runoff, and on Tuesday provided what they said were certified copies of ballot tallies to bolster their claims.

But Morsi's rival Shafiq also claimed a victory, with his campaign accusing the Brotherhood of issuing false figures.

A group of independent judges – headed by the ex-head of the Judges Union, Zakaria Abdel Aziz – who monitored the voting process confirmed in a news conference that Morsi had won, according to their tally.

The new president, irrespective of the result, will not wield the near-absolute authority Mubarak enjoyed for three decades, after the military issued a constitutional declaration on Sunday claiming sweeping powers.

The declaration stipulates the army would retake legislative powers from the Islamist-dominated parliament after the country's constitutional court ordered the body dissolved.

It also grants the military council veto power over the drafting of a permanent constitution, angering activists who denounced the declaration and an earlier order giving the army power to arrest civilians, as a "coup."

The Brotherhood insists the parliament retains legislative power and has pledged to counter the SCAF decisions with "popular activities."

On Tuesday night, the Brotherhood joined a mass demonstration in Cairo's Tahrir square, which attracted over 15,000 protesters, some celebrating Morsi's win as much as denouncing the military move.