The State Prosecutor's Office did not drive Olmert out of office," State Prosecutor Moshe Lador stated Tuesday. Lador spoke at a special press conference following the Jerusalem District Court's decision to exonerate former PM Ehud Olmert of any wrongdoing in the Talansky affair and the Rishon Tours double billing scandal.

The ruling sent shockwaves through the Judiciary and sparked rumors that Lador, who in the past pledged to "assumer personal responsibility for the outcome of the indictment," would soon have to resign. The state prosecutor, however, gave no indication that he intends to do so.

The claim that a partial or full acquittal in high profile cases requires that the prosecutor pay a personal price endangered the functioning of the State Prosecutor's Office, he said.

Lador further said that the prosecution's cases had sound legal merit and that, in fact, h

ad the prosecution declined to file criminal charges against Olmert, it would have failed in its mandated task.

The prosecutor said he would have accepted personal responsibility for the trial's outcome if the district court were to decide that the prosecution's judgment had been flawed. 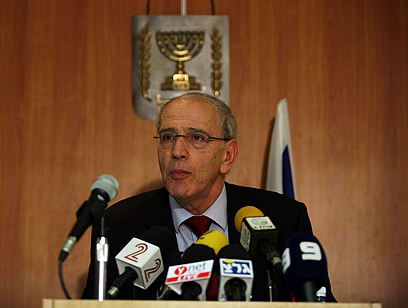 Olmert's acquittal in the Talansky and Rishon Tours affairs "should not be viewed as a failure," a visibly shaken Lador said, adding that two courts – a district court and the Supreme Court – had given the go-ahead to indict the former premier.

Former PM Olmert was found guilty of breach of trust in the Investment Center case, after nearly four years of proceedings.

Earlier in the day, Lador was nowhere to be found, after what has been called the State Prosecutor's Office's "flagship case" against former PM Olmert ended with a near-complete acquittal. 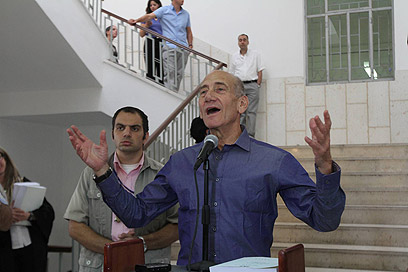 The indictment, which was filed in 2008, prompted Olmert's impeachment. Olmert's exoneration prompted exceptionally harsh criticism against Lador, who personally pursued the indictment, with both politicians and legalists saying he may have to resign following the "scandalous failure."

Speculations to that effect were fueled mostly by Lador's own promise "to assume personal responsibility for the outcome of this case."

In 2008, during the very early stages of the investigation against Olmert – which then still focused only on the Talansky case – Lador, in an unorthodox move, sent a memo to the entire legal staff in the State Prosecutor's Office, explaining the decision to pursue a case against an acting prime minister. Lador explained at the time that the memo was meant to clear up "false media reports" about the investigation as well as the decision to opt for the pre-trial deposition of Talansky, which was unusual in itself. "I have been deliberating whether or not to join the prosecution's team in the case and personally attend the hearings. There are obvious pros and cons and each of you can asses the meaning and risks attached to such an appearance. "Eventually, I decided to attend the hearings… I believe it is morally right that under the circumstances presented in this case, and as demanded by the office I hold, I appear in court and will assume personal responsibility for the outcome of this unique case," Lador wrote.

"This is a major shock as far as the prosecution is concerned," he said. "This is a serious blow to the prosecution's prestige and certainly, to that of its chief, who personally pursued this case."