Iran's UN envoy accused Israel on Wednesday of plotting and carrying out a suicide attack on a bus in Bulgaria a week ago in which five Israeli tourists were killed.

A suicide bomber blew up the bus in a car park at Burgas airport, a popular gateway for tourists visiting Bulgaria's Black Sea coast, killing himself, the Israeli tourists and the Bulgarian bus driver and wounding more than 30 people.

Israel has accused Iran and the Lebanese Islamist group Hezbollah of the bombing. Iran has denied the accusations.

"It's amazing that just a few minutes after the terrorist attack, Israeli officials announced that Iran was behind it," Iran's UN Ambassador Mohammad Khazaee told a UN Security Council debate on the Middle East.

"We have never and will not engage in such a despicable attempt on ... innocent people.

"Such terrorist operation could only be planned and carried out by the same regime whose short history is full of state terrorism operations and assassinations aimed implicating others for narrow political gains," Khazaee said.

"I could provide ... many examples showing that this regime killed its own citizens and innocent Jewish people during the last couple of decades." 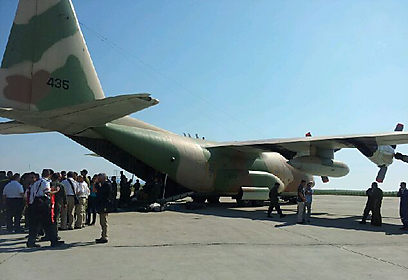 Israel's Deputy UN Ambassador Haim Waxman said Iran's fingerprints were all over the bomb attack in Bulgaria, as well as dozens of other plots in recent months around the world.

"These comments are appalling, but not surprising from the same government that says the 9/11 attack was a conspiracy theory and denies the Holocaust," Waxman said in a statement.

Some analysts believe Iran is trying to avenge the assassinations of several scientists involved in its controversial nuclear program that it blames on Israel and the United States.

Israeli diplomats have been targeted in several countries in recent months by bombers who the Jewish state maintained had struck on behalf of Tehran.

"The time has come for the world to put an end to this campaign of terror, once and for all," Waxman said.