'As before, we see no signs that there is a military dimension to Iran's nuclear program,' Deputy FM Ryabkov says, adding that strike on Iran would be 'disastrous for regional stability'

Russia has starkly warned Israel and the United States against attacking Iran, saying Moscow sees no evidence that Tehran's nuclear program is aimed at developing weapons, the Interfax news agency reported on Thursday.

"We warn those who are no strangers to military solutions ... that this would be harmful, literally disastrous for regional stability," Interfax quoted Deputy Foreign Minister Sergei Ryabkov as saying.

An attack on Iran "would set off deep shocks in the security and economic spheres that would reverberate far beyond the boundaries of the Middle East region," Ryabkov was quoted as saying.

'Iran must steer clear of US interests in Gulf'


Russian officials have issued similar warnings in the past, but Ryabkov's remarks appeared to underscore Moscow's concern about the possibility that Israel might attack Iranian nuclear facilities.

Heightened Israeli rhetoric about the facilities, which Western powers believe are part of a program to develop a nuclear weapons capability, has stoked speculation that Israel may attack Iran before the US presidential election in November.

Ryabkov said there were no indications of a military nuclear program and suggested monitoring by the UN nuclear agency was a strong guarantee. 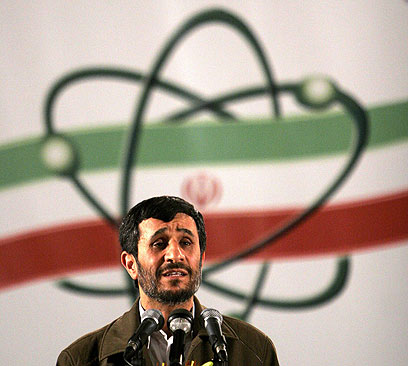 "We see something different - that there is nuclear material ... in Iran that is under the control of inspectors, specialists of the International Atomic Energy Agency.

"This nuclear material is not being shifted to military needs, this is officially confirmed by the (IAEA)."

His remarks appeared to be at odds with mounting concern voiced by the UN atomic watchdog about possible military dimensions to Iran's nuclear program.

The IAEA said last week that Iran had doubled the number of uranium enrichment centrifuges in an underground bunker in a few months, showing it continued to expand its nuclear program despite sanctions and the threat of an Israeli attack. The new machines are not yet operating, it added.

It also said that in the last decade, it had become "increasingly concerned about the possible existence in Iran of undisclosed nuclear-related activities involving military related organizations."

Nuclear proliferation expert Mark Fitzpatrick, director of the International Institute of Strategic Studies think-tank and a former senior US state department official, said that on one level Ryabkov's remarks were in line with Western views.

"If ... he means (Russia sees) no evidence that Iran is aiming to cross the threshold from capability to weapons production, then Ryabkov's statement is the same as the collective view of the United States and its European allies.

"But Ryabkov goes too far in giving Iran the benefit of the doubt when he says Russia sees no signs of a military dimension ... Maybe he means that the evidence is not yet confirmed. But there are certainly ample 'signs'," he said.

"Surely Russian intelligence is not so blind."

While Russia is a partner of the United States and four other powers in diplomatic efforts to ensure Tehran does not acquire nuclear weapons, it says the West is undermining those efforts with sanctions and the threat of attack.

"In recent times the tendency to use sanctions to achieve aims that are beyond reach in principle by means of pressure has become a passion that ... politicians on both sides of the Atlantic cannot overcome," Interfax quoted Ryabkov as saying.