Stealth Israeli strike on Tehran's nuclear facilities may no longer be possible, but plans for attack have not necessarily been shelved

Prime Minister Benjamin Netanyahu's cancellation of a security cabinet session on Iran following a media leak last week laid bare a conundrum long troubling Israeli strategists: Could they count on any element of surprise in a war on their arch-foe?

Possibly not. Years of public speculation, much of it stoked by official statements in Israel and abroad, about the likelihood and timing of such a conflict, have afforded the Iranians plenty of notice to fortify their threatened nuclear facilities and prepare retaliation.

Given the difficulties Israel's jets would face in reaching and returning from distant Iran, as well as their limited bomb loads, losing the option of mounting sneak attacks may seem to have put paid to the very idea of an attack launched without its ally the United States.

Yet experts are not rushing to rule that out. Some believe Israel is still capable of achieving a modicum of surprise, and that in any case it might hope a combination of stealth, blunt force and, perhaps, hitherto untested innovations can deliver victory – even if Iran is on high alert. 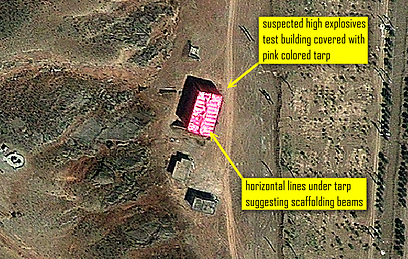 Iran's Parchin nuclear site (Photo: ISIS website)
Israel, whose technologically advanced military has a history of successful derring-do, might place less importance on catching Iran completely off-guard and instead strike openly and with combined forces, causing disarray among the defenders in hope of delivering enough damage to a select number of targets. "The probability of achieving surprise is low, but I think the Israelis will count on their technical competence in defense suppression to allow them in," said Walter Boyne, a former US air force officer and a writer on aviation history. He predicted the Israelis would mesh air raids with a swarm of strikes by ground and naval units, a view echoed by Lynette Nusbacher, senior lecturer in war studies at Britain's Royal Military Academy Sandhurst. She suggested Israel could also incorporate cyber-attacks to blind Iran as an assault began. "There is no question that Israel can achieve tactical surprise if required," Nusbacher said, differentiating the short-term shock from Iran's long readiness for an attack. "As long as the direction or timing or form of the attack is unexpected then surprise is possible." Israel and its Western allies believe Iran is covertly seeking means to build nuclear weapons, while Tehran insists it wants only to generate electricity and medical isotopes. US President Barack Obama says he hopes sanctions and diplomacy will deflect Iranian policy. But Netanyahu and other Israeli leaders have made clear they might soon resort to force. Nusbacher indicated that pinpoint intelligence and planning might also help Israel overcome Iran's anticipation and counter-measures, making up for limitations on the element of surprise: "Remember that while the Iranian nuclear facilities are each more or less defended, their locations are known to the meter," she said. "Precision can't entirely make up for surprise. "But surprise isn't everything."

Israeli military planners chafe at their civilian compatriots' freewheeling and jittery discourse about a possible confrontation, worried that the Iranians could glean key warnings simply from monitoring Israeli news and social media.

If they do indeed contemplate a solo surprise attack, they may also be concerned that the United States, loath to see a war on the eve of a presidential election and while it still favors a diplomatic solution, could also be tipped off about a strike early enough to insist its Israeli ally stand down. There were no such problems in 1981, when a squadron of Israeli fighter-bombers took off from the then-occupied Sinai desert to destroy Iraq's atomic reactor, nor in 2007, when Israel alleged launched a similar sortie against Syria out of the blue.

Site that was bombed in Syria (Photo: AP)

By contrast, experts think Israel would need to dispatch many scores of jets and support aircraft against Iran, and possibly fire ballistic missiles, all difficult to hide from the public in a small country. Though a media blackout would be allowed under Israeli emergency laws, such sudden and sweeping censorship would be so unprecedented as to telegraph what was meant to go unpublished – and in any event may prove impracticable in today's wired world.

Nonetheless, some other measures could limit exposure, such as choice of timing. Operation Cast Lead was launched on December 27, 2008 – deep in the Western holiday season and on a Saturday morning, the Jewish Sabbath, when Israel's own media pare coverage to a minimum and newsrooms are barely staffed. 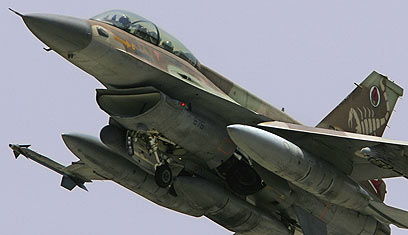 F-16 fighter jet (Photo: Getty Images)
Israel is also trying to restrict the circle of those in the know. The number of those privy to the details of Iran planning in the military and government has been kept very small, a depth of secrecy akin to that surrounding Israel's own nuclear program, which is assumed to include the region's only atomic weapons. Netanyahu would be legally required to gain security cabinet approval for an attack on Iran. But after a newspaper reported on Wednesday that ministers on the panel had been presented with conflicting intelligence assessments about Iran, a leak that angered Netanyahu, at least one senior leader, Foreign Minister Avigdor Lieberman, called for the 14-member security cabinet to be shrunk in order to ensure more discretion. For similar ends, Israel may go so far as to temporarily misdirect its own populace, away from talk of imminent attack. Asked about such ruses, a senior Israeli official shrugged and said that they were a legitimate tactic for military planners dealing with a democratic society: "Such things are kosher," he said, "when you have a free press and free speech." And while certainly not advocating the kind of extensive public discussion seen lately in Israel on the prospects for a conflict, the same official saw a counter-intuitive benefit in that such perpetual talk might erode Iran's level of alertness: "The more you brace to defend yourself, the more tired you get – or you make the mistake of writing off the threat as a bluff," he said. "Perhaps that's the case with Iran."