Eyal Shiran who lost his sister in 2002 suicide bombing, now vying for place on Meretz ticket; 'The bombing did not destroy my world view, quite the contrary, it reinforced it'

A decade after losing his sister in a suicide bombing, Eyal Shiran, 34, is vying for a place on Meretz's Knesset list.

Ten years ago, in March 2002, a suicide bomber detonated himself in the Matza restaurant in the northen city of Haifa. Shiran's parents and sister were among the injured. His sister Adi was killed on the spot, while his parents Shimon and Hili both suffered critical wounds. Seven years after the tragic event his father eventually succumbed to his wounds and passed away.

"I was driving frantically to the hospital, I remember thinking about all the people who berated me for my political opinions over the years," recalls Shiran, 24 at the time.

"I would get very harsh responses: 'Lets see what you think when someone from your family is killed in an attack' they said. And suddenly I find myself in exactly that situation. While driving I kept saying to myself: 'Eyal, this is your moment of truth, will your entire world view collapse?' And now, here you have it, it did not destroy my world view, the opposite is true- it reinforced it". 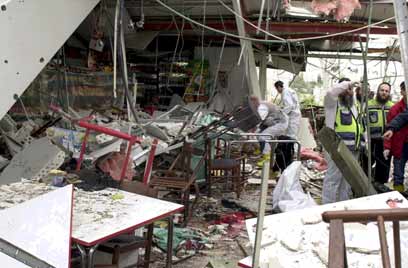 Shiran, a father of three, has been active in Meretz for more than 20 years and is considered one of the youngest contenders for a spot on its Knesset list. He is the head of the youth movement department for the Haifa Municipality and is currently completing his Masters' degree thesis.

"Since 1991 I live and breathe the party," he said. "The bombing had an immense impact on my positions, but I have always believed in Meretz's way". When the suicide bomber walked into the restaurant and detonated himself, Shiran was walking his dog not 100 meters away. He tried phoning his sister and parents; but no one answered his calls. "At the hospital I found my father and learnt that he had been wounded." Later that night he would be asked to identify his sister's body. "I asked what was happening and the doctor looked away, his eyes searching for flies in the far off corners of the room. Four social works stuttered around me until one finally blurted out: 'you do understand that she is dead, right?' At that moment I felt all the switches in my brain going out."

For three months his parents lay bed stricken in Rambam Hospital. After some time his mother was released to rest at home, while his father was transferred to Beit Loewenstein, a rehabilitation center. However, just when things seem to be getting better there was a sudden deterioration of his health that would finally lead to his death in 2009. 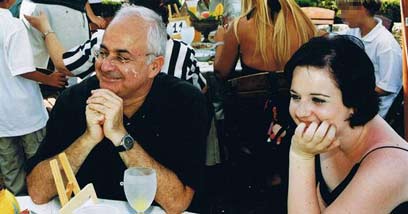 "His health suddenly skyrocketed," Shiran recalls, "he was eating, talking, with some help he started walking, until one day he just crashed. A piece of shrapnel lodged in his lung - one the doctors were weary of pulling out, fearing brain damage - ended up leading to complications and eventually his passing away."

After the bombings, Shiran's political opinions continually aroused family arguments. "I invested a lot of thought on the subject," he explains. "After the bombing I sat myself down and tried to make sense of it all. The bombing made me realize how important it is to work for a change in perception, both internally and externally. I came to realize how important it is to fight for the existence of a dialogue between us and the Palestinians, which at first can bring about a cease fire and then peace."

For years he toyed with the idea of joining politics, but last summer's social protest made him decide to take the leap. "Our society is in need of major mending," he said.

"The lifestyle here is catastrophic, there is insane inequality and cost of living, and all these stem from the fact that we control another people, it ends up hurting us.

"My life story gives me strength to do what I do, especially when there are so many people who try to appropriate bereavement in a certain way, while it can in fact be used as a platform for fostering a new type of discourse," he said, insinuating cynical use of bereaved families by hawkish politicians.

Roi Mandel is a Ynet and Yedioth Ahronoth correspondent