Leaders around the world are closely monitoring the conflict between the IDF and Gaza's terrorist groups. While the US is standing by Israel's side, the majority of the world's leaders called both sides to exercise restraint.

On Wednesday, US President Barack Obama spoke to Prime Minister Benjamin Netanyahu and Egyptian President Mohamed Morsi and reiterated US support for Israel's right to self-defense in light of rocket attacks from Gaza, the White House said.

"The President urged Prime Minister Netanyahu to make every effort to avoid civilian casualties. The two agreed that Hamas needs to stop its attacks on Israel to allow the situation to de-escalate," the statement said.

"The two leaders agreed to stay in close touch in the coming days. Earlier today, Vice President Biden received a briefing from Prime Minister Netanyahu on the events in Gaza," the statement noted. 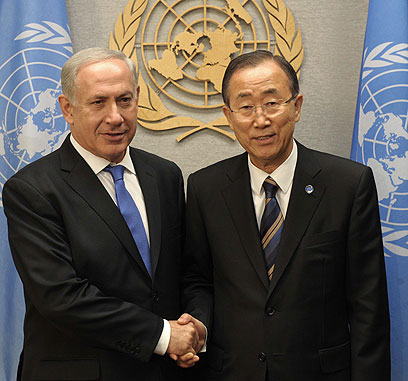 "The President also spoke with President Morsi given Egypt's central role in preserving regional security. In their conversation, President Obama condemned the rocket fire from Gaza into Israel and reiterated Israel's right to self-defense," it said.

United Nations Secretary-General Ban Ki-moon called for an "immediate de-escalation of tensions." In a statement, Ban said that "Both sides should do everything to avoid further escalation and they must respect their obligations under international humanitarian law to ensure the protection of civilians at all times."

Ban's press office said in two separate statements that he also spoke on the telephone with Netanyahu and Morsi.

"(Ban) expressed his concern (to Netanyahu) about the deteriorating situation in southern Israel and the Gaza Strip, which includes an alarming escalation of indiscriminate rocket fire from Gaza into Israel and the targeted killing by Israel of a Hamas military operative in Gaza," the UN said.

Ban also voiced his expectation that "Israeli reactions are measured so as not to provoke a new cycle of bloodshed."

He also discussed with Morsi "the need to prevent any further deterioration," the UN said in a second statement.

The UN Security Council will hold a closed emergency meeting on Wednesday night to discuss Israeli strikes against the Gaza Strip. 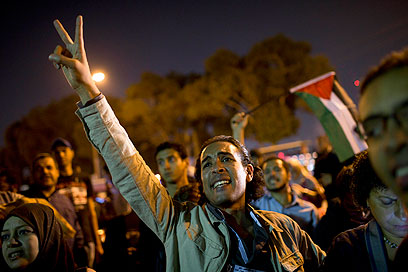 The US on its part backed Israel's decision to launch Operation Cloud Pillar. "We support Israel’s right to defend itself, and we encourage Israel to continue to take every effort to avoid civilian casualties," Deputy State Department spokesman Mark Toner said in a statement.

Toner added that Washington "strongly condemns the barrage of rocket fire from Gaza into southern Israel, and regrets the death and injury of innocent Israeli and Palestinian civilians caused by the ensuing violence.

"There is no justification for the violence that Hamas and other terrorist organizations are employing against the people of Israel. We call on those responsible to stop these cowardly acts immediately."

Also Wednesday, a group of five US senators issued a statement expressing their support for Israel after being briefed by Israel Ambassador in Washington Michael Oren about the situation in Israel's south.

The senators, Republicans and Democrats alike, said in the statement "We strongly support Israel's right to defend its people and call on those responsible for the violence to cease their attacks against Israel immediately." They denounced "the reprehensible and indiscriminate" rocket attacks launched against innocent Israeli citizens.

On the other side of the Atlantic, Britain issued a more neutral statement. "We continue to call on all sides to exercise restraint to prevent a dangerous escalation that would be in no-one's interests," a British Foreign Office statement said.

Meanwhile, leaders in the Arab world blamed Israel for the escalation.

The Muslim Brotherhood called on the Arab world to boycott Israel while the Freedom and Justice Party said that Cairo will not ignore the harming of Palestinians.

The party said that “this crime warrants a swift Arab and international move in order to stop the acts of carnage against the Palestinian people in Gaza which Israel’s government uses as bargaining chip as part of the political conflict in Israel."

Qatar's Foreign Minister Hamad Bin Jassim al-Thani strongly condemned the Israeli strikes in Gaza calling them "a filthy crime" that must not be ignored. "The Security Council must meet its obligation to maintain peace and security in the world," he said.

Syrian officials also commented on the recent developments. "The Syrian government condemns the barbaric acts committed by the Israeli army against the Palestinian people in Gaza." Damascus called on the international community to exert pressure on Israel to end "its aggression" in Gaza.