Iran: Muslim world must hit back at Israel for Gaza

"Putting an end to the Zionist regime's crimes is only possible through a united, revolutionary retaliation by the Muslim world," Vahidi said in remarks carried by the official IRNA news agency.

Israel is "massacring the oppressed Palestinian people, including women and children" and its strikes amount to a "clear example of war crimes," the defense minister charged. 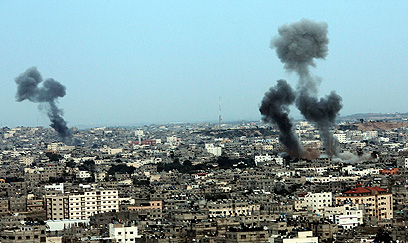 IAF strike in Gaza (Photo: EPA)
Israel launched a concerted air campaign, dubbed Operation Pillar of Defense, against the densely populated territory on Wednesday with the stated aim of halting regular rocket fire out of Gaza that has disrupted life across southern Israel.   Iranian Foreign Minister Ali Akbar Salehi, whose country is a key backer of Hamas, on Thursday urged the United Nations and European Union to pressure Israel to halt its offensive, saying the security of the Middle East was at stake.

Salehi has also announced his readiness to visit Gaza. 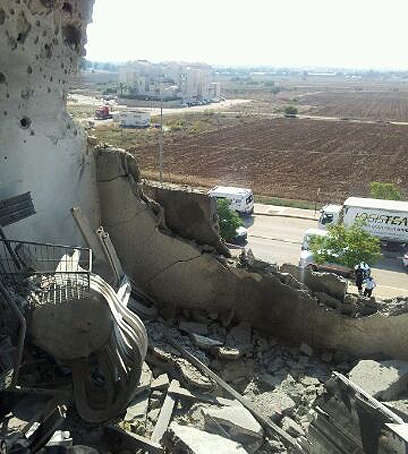 The foreign ministry is "talking with Egyptian officials to facilitate the visit through Rafah," a terminal at Gaza's southwestern border with Egypt, according to MP Mansour Haqiqatpour. Previous attempts by Iran's hardline parliament to dispatch a team into Gaza failed during the rule of former Egyptian president Hosni Mubarak.