The mountain and the mouse

Op-ed: If AG wanted Lieberman to resign, he should have stated it clearly when he announced decision to indict

Avigdor Lieberman is a damaging politician. He is damaging as a foreign minister and he is damaging as the leader of a party that seeks to destroy the democratic regime. He also causes damage with the norms he has adopted for himself as a public figure, the improper means by which he made money for himself and members of his family and the trickery he used to thwart the investigations against him.

It would have been better if someone such as Lieberman would have left the public arena for good, but in a country that is ruled by law, a person can only be convicted in court. The attorney general decided to close the main case, and as long as there is no proof that his decision was based on ulterior motives – it is valid. Those who wish to convict someone based on a gut feeling or fragments of facts - and not on evidence that has been examined in a courtroom - are guided by the rule of the guillotine, not the rule of law.
Indictment
Lieberman on indictment: I don't have to resign
Yuval Karni
After attorney general announces decision to file fraud, breach of trust charges against him, FM tells Yisrael Beiteinu event he will consider election ramifications before making decision on resignation. Addressing hotel meeting with Israeli envoy to Belarus: 'I threw envelope he gave me in the toilet'
Lieberman on indictment: I don't have to resign
“It is better that 10 guilty persons escape than that one innocent suffer," the distinguished 18th century English judge Sir William Blackstone said, and it is incumbent upon us to act with this famous quote in mind.

Compared with the major investigation of Lieberman's actions, the affair for which he will be indicted is almost minor. The mountain of the investigation gave birth to a mouse. But when Ambassador Ben-Aryeh handed the foreign minister the envelope containing privileged material regarding the investigation against him, Lieberman knew the ambassador had committed a criminal offense to help him out.

Lieberman was a Knesset member at the time. His public stature should have obligated him to immediately inform the authorities, and perhaps even file a police complaint. Lieberman claims he read the document and then flushed it down the toilet. This is the behavior of a criminal.

He claims that he realized immediately that the ambassador had acted like an idiot. I believe him. Why, then, did he not prevent the appointment of Ben-Aryeh to two senior posts in the Foreign Ministry? Is it his goal in life to appoint ambassadors with bad judgment? Lieberman, who does not shy away from relieving people of their duties, acted as though he owed the ambassador a favor. 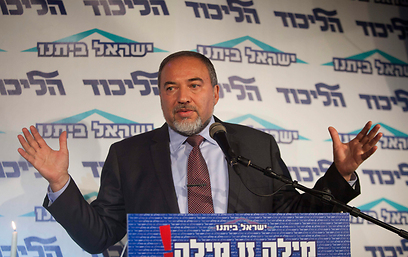 The Lieberman case was Yehuda Weinstein's biggest challenge since he was named attorney general. The politicians who appointed him knew who they were appointing. They knew Weinstein was, at his core, a defense attorney who has an infinite amount of tolerance for the sins of his clients – rich and important people. They knew he has a hard time making decisions, and thus provides the politicians with time and room to maneuver. They got what they ordered.

In his decision Weinstein wrote that he regretted the fact that the police and prosecution had dealt with the case for so long. Apart from the delay of justice, the foot-dragging also resulted in the loss of two key witnesses, which essentially killed the case. Weinstein bears some of the responsibility for this unfortunate outcome. Weinstein also wrote that the decision to close the main corruption case against Lieberman due to lack of sufficient evidence does not constitute a public "kosher certificate" and that "the suspicions against Lieberman’s series of intricate and intertwined, underhanded actions cannot be ruled out." However, the attorney general said, it was up to the public to judge. Weinstein is a wise man; he knows Lieberman and his voters couldn't care less about his moral preaching. Had the attorney general wanted to remove Lieberman from the government, he should have stated it clearly. The legal authority is in his hands. This would be the right time to say it, before the people decide whether they want to vote for a list which has Lieberman at the no. 2 spot. They should know who they are voting for.

In the face of harsh criticism regarding the prosecution's handling of high profile cases, Weinstein promised on Thursday that the prosecution's "spirit of battle" in its war on corruption remains strong. I am not at all certain that he is addressing the real problem.

The prosecution has plenty of "battle spirit," so much so that it is sometimes difficult to see how incapable it is. The viciousness, self-righteousness and literalness sometimes conceal the incompetence.