As new details from the school massacre in Connecticut slowly emerged, Prime Minister Benjamin Netanyahu offered his condolences but also drew a parallel between the killing rampage and fatal incidents in Israel.

"We in Israel have experienced such cruel acts of slaughter and we know the shock and agony they bring," he said in a message sent to President Barack Obama.

The prime minister stated he was "shocked and horrified by today's savage massacre of innocent children and adults" and expressed "profound grief" on behalf of himself and the citizens of Israel.

In a similar message, President Shimon Peres said that "no experience with death can be likened to that of a parents' loss of their child."

Town officials say the principal who died in the rampage at a US school was killed while lunging at the gunman as she tried to overtake him.

Dawn Hochsprung was gunned down in Friday's massacre in Newtown, Connecticut. Board of Education chairwoman Debbie Liedlien says administrators were coming out of a meeting when the gunman forced his way into the school, and they ran toward them. 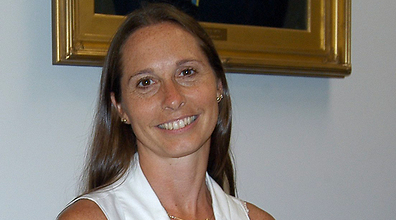 Jeff Capeci is chairman of the town's Legislative Council. Asked whether Hochsprung is a hero, he says, "From what we know, it's hard to classify her as anything else."

Hochsprung had worked at the school for two years. Liedlien and Capeci say she immediately became a beloved figure. Liedlien says residents are feeling "a deep sense of loss" over her death.

Gunman forced his way into school

A police official said Saturday that investigators have found "some very good evidence" to explain what drove a 20-year-old gunman to slaughter 20 children and six adults at an elementary school in the small town of Newtown, the site of one of the worst mass shootings in US.

The attacker, identified by law enforcement sources as Adam Lanza, opened fire on Friday morning at Sandy Hook Elementary School, which teaches children aged 5 to 10. He is suspected of killing 26 people at the school before turning the gun on himself, as well as killing one other person at another nearby site.

"Our investigators at the crime scene ... did produce some very good evidence in this investigation that our investigators will be able to use in, hopefully, painting the complete picture as to how – and more importantly why – this occurred," Connecticut State Police Lieutenant Paul Vance told a news conference. Vance did not describe the evidence but did say the shooter forced his way into the school, as opposed to being let in.

The adult woman found at the secondary crime scene was related to the shooter, a police news release said, and many media outlets have reported it was the shooter's mother, Nancy Lanza.

Nancy Lanza legally owned a Sig Sauer and a Glock, both handguns of models commonly used by police, and a military-style Bushmaster .223 M4 carbine, according to law enforcement officials who also believe Adam Lanza used at least some of those weapons.

Nancy Lanza was an avid gun collector who once showed him a "really nice, high-end rifle" that she had purchased, said Dan Holmes, owner of a landscaping business who recently decorated her yard with Christmas garlands and lights. "She said she would often go target shooting with her kids." Crime-scene investigators worked through the night and moved the bodies to the state medical examiner's office for autopsies, the police statement said. Victims' names had yet to be released.

Newtown was ranked the fifth safest city in America by the website NeighborhoodScout.com based on 2011 crime statistics.

"This wonderful town that we all love for its peace, beauty, the great schools - all of that - has become Columbine," said Julie Maxwell Shull, a sixth-grade teacher at Reed Intermediate School, referring to the high school that was site of a 1999 shooting in Colorado.

Many people who live in the wealthy, wooded town commute to New York City, about 80 miles (130 km) away.

"We came here because it was going to be a good, safe community for our kids, said Catherine Hunyadi, as she and her husband wiped tears from their eyes. "You don't send your kids to school thinking something like this might happen." Obama urged Americans on Saturday to join in solidarity as they mourned the victims, saying the hearts of parents across the country were "heavy with hurt."

Obama, in his weekly radio and Internet address, called for "meaningful action to prevent more tragedies like this," but stopped short of specifically calling for tighter gun-control laws.

The president wiped away tears in a television address on Friday, telling the nation, "Our hearts are broken."

The holiday season tragedy was the second shooting rampage in the United States this week and the latest in a series of mass killings this year.

It revived a debate about gun-control in a country with a flourishing firearms culture and a strong lobby that has discouraged most politicians from any major efforts to address the easy availability of guns and ammunition. 'Worst days are ahead' (Photo: AP)

People in Newtown mourned the dead in community vigils on Friday night, including one at St. Rose of Lima Catholic Church, which was packed with an overflow crowd outside.

"We opened the windows (of the church) so people could just hear and feel they could be part of it," Monsignor Robert Weiss told MSNBC on Saturday, adding, "the worst days are ahead."

"I'm sure this morning when they woke up and realized there was an empty bed in their house, it's becoming more and more real to them," Weiss said of the parents of the young victims.

The chaos struck as children gathered in their classrooms for morning events. The shootings took place in two rooms, police said. Witnesses reported hearing dozens of shots; some said as many as 100 rounds.

The death toll exceeded that of one of the most notorious US school shootings, the 1999 rampage at Columbine High School in Littleton, Colorado, where two teenagers murdered 13 students and staff before killing themselves.