A new study warns that Christianity is at the risk of being wiped out in the biblical heartlands of the Middle East. According to the London Daily Telegraph, which cites the study, 10% of Christians worldwide – approximately 200 million – are “socially disadvantaged, harassed or actively oppressed for their beliefs.”

With over 2.3 billion Christians around the world, the study notes that Christians face the most persecution in the region of the world where Christianity first originated – the Middle East.

"The pace of this assault is now intensifying with the rise of militant Islam in countries such as Egypt, Iraq and now with the civil war, Syria," states the report, entitled Christianophobia.

Published by a leading independent British think tank, Civitas, the report stated that Western politicians and media generally ignore widespread persecution of Christians in the Middle East and elsewhere in the world "because they are afraid they will be accused of racism."

On Christmas day last week, Iran imprisoned for the second time, Pastor Youcef Nadarkhani, 35, who had been previously jailed for nearly three years for practicing Christianity and rejecting to provide an Islamic education for his children. His attorney has also been imprisoned, according to Fox News. 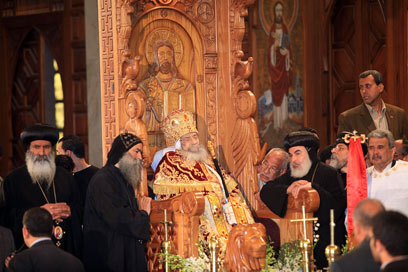 The study states that Christians more than any other religious group are the most likely to be persecuted or discriminated against and “are particularly at risk in Muslim-dominated societies.

"Oppression is magnified by anti-Americanism and the false belief that Christianity is a 'Western' creed, even though it originated in the Middle East and has been an integral part of that region’s belief systems for 2000 years," indicates the report which was written by journalist Rupert Shortt, who is also the religion editor of the Times Literary Supplement.

However, the study also points out that much of Christianophobia phenomenon has nothing to do with militant Islam and names Buddhist societies in Sri Lanka and Burma, as well as China and North Korea as societies where Christians are persecuted. Shortt also says that other factors play a role in Christian persecution including Western interference in the Middle East, Africa, and Asia. The author emphasizes that he "does not endorse talk about a supposed 'clash of civilizations.'"

One area in the Middle East, however, where the Christian population is thriving is in Israel. According to Israel's Central Bureau of Statistics (CBS), there are 158,000 Christians living in Israel, which represent two percent of the population. Approximately 80% of Christians in Israel are Arabs, who reside mainly in the northern areas of the country, while the rest are immigrants from the Soviet Union. The Christian Arab sector in Israel also has the highest number of high school graduates, according to the report, with 64% earning a high school diploma, compared to 59% for Jews, and 48% for Muslims.

Over 3.5 million Christians from across the world visited Israel in 2012, up four percent from last year, with the USA as the largest single country of incoming tourists, followed closely by Russia according to the Israel Ministry of Tourism.