A French satirical magazine, whose offices were fire-bombed after it published cartoons lampooning the prophet Muhammad, published on Wednesday a comic book biography of Islam's founder.

The editor of Charlie Hebdo weekly has insisted that the new book, titled "The Life of Muhammad", was a properly researched and educational work prepared by a Franco-Tunisian sociologist.

"It is a biography authorized by Islam since it was edited by Muslims," said Stephane Charbonnier, who was also the illustrator of the book whose front page shows the prophet leading a camel through the desert. 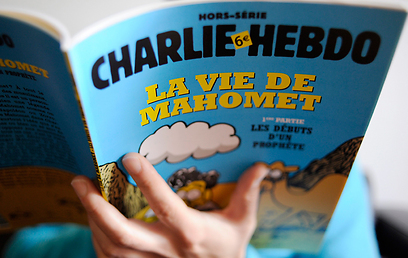 What will the Arab world say? The new book (Photo: EPA) 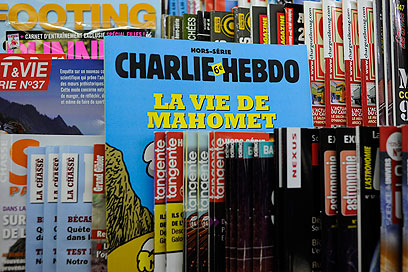 Charbonnier said the idea for the comic book came to him in 2006 when a newspaper in Denmark published cartoons of Muhammad, later republished by Charlie Hebdo, drawing angry protests across the Muslim world.

"Before having a laugh about a character, it's better to know him. As much as we know about the life of Jesus, we know nothing about Muhammad," he said. 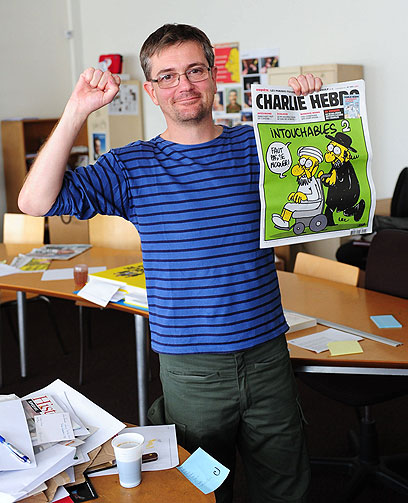 Charbonnier. Got the idea from Danish magazine (Photo: MCT)

Satirical newspaper Charlie Hebdo has on several occasions published cartoon versions of Islam's prophet in a declared effort to defend free speech, to the fury of many Muslims who believe depicting Muhammad is sacrilegious.

In September Charlie Hebdo published cartoons of a naked Muhammad as violent protests were taking place in several countries over a low-budget film made in the United States that insults the prophet.

In 2011 Charlie Hebdo's offices were hit by a firebomb and its website pirated after publishing an edition titled "Charia Hebdo" featuring several Muhammad cartoons.

Charbonnier, who has received death threats, lives under police protection.