Briton gets 33 months for weapons-to-Iran plot

As part of plea deal, businessman who tried to buy surface-to-air missile parts from undercover US agents to serve part of his sentence in Britain near ailing wife. 'I regret my actions,' Christopher Tappin says

A US judge sentenced a British businessman to nearly three years in prison Wednesday for trying to buy surface-to-air missile parts from undercover US agents to resell to Iran.

Christopher Tappin, 65, pleaded guilty in November in a deal that opened the door for him to serve part of his sentence in Britain near his ailing wife. US District Judge David Briones in El Paso said Wednesday that he would he would recommend that the US Department of Justice approve any request by Tappin to be transferred to the United Kingdom.

Tappin read a brief statement during the sentencing hearing in which he apologized for the crime.

"I regret my actions and the impact they had on my family," he said. "I am looking forward to putting this incident behind me and returning to my previous unblemished life and my wife."

As part of the plea deal, prosecutors agreed not to oppose any request by Tappin to serve part of his 33-month sentence in Britain. Along with approval from the Department of Justice, Tappin also needs approval from the British government to serve time in one of its prisons. 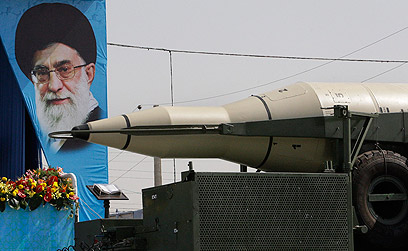 In 2006, Tappin associate Robert Gibson contacted a company set up by undercover US agents to buy batteries for surface-to-air missiles. US authorities alleged Tappin provided undercover agents with false documents to deceive authorities and circumvent the requirement for the batteries to be licensed by the US government before being exported.

"We hope this sends a message to people that are selling defense materials that we monitor sales and shipments, and that we are watching," prosecutor Greg McDonald said Wednesday.

Tappin must report to prison by March 8. His lawyers asked that he be allowed to report to a Pennsylvania prison, something the judge said he did not oppose. Tappin will likely spend six to nine months in the United States before being sent back to Britain, Tappin's attorney, Dan Cogdell, said.

There, he will serve no more than half of the remaining sentence, Cogdell said.

The two months he spent in jail before his plea will count toward his sentence, Cogdell said.

"I look forward to returning home to be near my friends and family, and especially my sick wife," Tappin said afterward.

After he was brought to Texas, Tappin was held in jail for about two months, where he initially was put in solitary confinement at his request. Tappin was later released on bond and has since lived near his lawyer's house in a gated community in Houston.

Gibson, another British national, pleaded guilty in April 2007 and was sentenced to 24 months in prison. An Oregon man, Robert Caldwell, was found guilty in July of that year and received a 20-month sentence.