Yachimovich to Netanyahu: Labor will sit in opposition

Prime Minister Benjamin Netanyahu called Labor Chairwoman Shelly Yachimovich on Thursday and asked to meet with her to discuss the possibility that Labor would join the coalition, the party said.

Yachimovich told Netanyahu that he is well-aware that the ideological gaps between the Likud and Labor in regards to economic and social issues are too vast, and that she would not lend her hand to the continued fragmentation of Israeli society in exchange for a seat in the government, the party said.

"We plan to be a determined opposition to the measures you are planning to make. 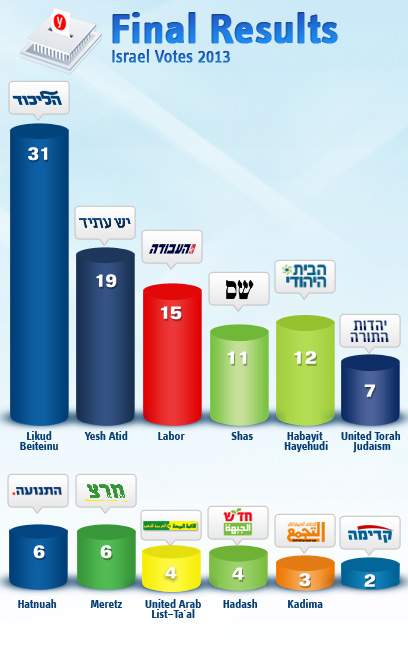 "With regards to the diplomatic negotiations, which must be renewed urgently, the Labor Party will support any such step and back it from the opposition," Yachimovich was quoted as saying.

However, Yachimovich accepted Netanyahu's invitation to meet, stressing that she had nothing against him personally but rather citing her position as stemming from the "unbridgeable ideological and political gaps" between the two parties. "The public has decided that we will sit in the opposition and we will respect this democratic decision," the Labor chairwoman reportedly said.

Earlier Thursday, Netanyahu met Yesh Atid leader Yair Lapid in Jerusalem. A joint statement released by Yesh Atid and Likud said the atmosphere during the two-hour meeting was positive. The two discussed "the challenges facing the country and ways to deal with them. They agreed to meet again soon," according to the statement.