Report on death of 'Prisoner X' may be released soon

A report on the inquiry into the death of "Prisoner X," Ben Zygier, will likely be released in the coming days, Ynet has learned. The Justice Ministry is favorably considering publishing the details of the inquest but has yet to make a final decision on the matter.

The inquiry was conducted by Rishon Lezion Magistrates' Court President Daphna Blatman Kedrai. It was subject to a gag order which is still in place.

Last Wednesday, Israel officially acknowledged the existence of "Prisoner X." A statement said that following an extensive inquiry by Judge Blatman Kedrai, it appeared the prisoner had committed suicide.

"Nevertheless, she turned the case over to the State Prosecutor's Office for an examination of possible negligence," the statement noted.

A Justice Ministry statement released earlier this week said that the prisoner had been held under an false name but that his family was immediately notified about his arrest.

It was further stated that he had been represented by three lawyers in all the proceedings in his case and that his rights were maintained.

Since the "Prisoner X" affair has been exposed, the defense establishment has been mostly engaged in minimizing possible damage to national security, caused by the disclosure of Ben Zygier's identity and allegations that he was a Mossad agent jailed at the Ayalon Prison in December 2010.

December 2010. According to Australia's ABC inquiry, the first report about 'Prisoner X' was released on Ynet and said that a prisoner had died in Israel's most secure prison cell. 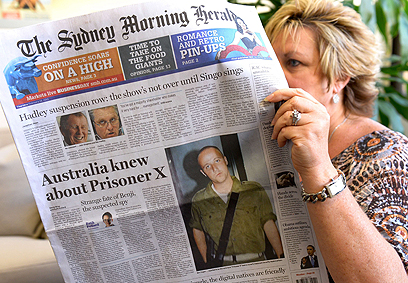 The report is deleted a short while later. A comprehensive gag order prevents any mention of the issue, but a team of Australian researchers, not subject to Israeli censorship, attempts to uncover the truth.

They visit Israel, meet with sources close to the affair, and ultimately discover the prisoner's identity.

The questions: Why did Israel go to such lengths to hide evidence of Zygier's imprisonment even after his death, especially when it was known that many journalists were attempting to crack the case?

Why did the defense establishment take two years to launch a probe into Zygier's suicide on suspicion of negligence?

12.2.2012. The full report on the affair is released in Australia. The Israeli gag order is still in effect. First reports on the Australian inquiry are released in Israel and removed a short while later.

In a move reminiscent of times past, the Prime Minister's Office convenes the Editors' Committee and explains to them the extent of damage to national security should the affair be exposed.

Hours later, the affair is exposed in Israel for the first time: Knesset Members Dov Khenin, Zahava Gal-On and Ahmad Tibi take advantage of the live feed on the Knesset's TV channel and their immunity as MKs, to publicly question Justice Minister Yaakov Ne'eman on the issue.

The questions: Did the defense establishment act ahead of time to minimize the Australian inquiry's possible damage and to take control of the story? Did they understand that gag orders on affairs of this type can easily be bypassed? 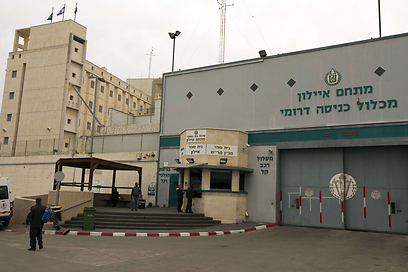 13.2.2012. The Lod District Court allows the Australian report to be released in Israel. Australia is also shocked by the story. Contrary to its initial statement, the Australian Foreign Ministry admits that its representatives in Israel were informed by Israel on Zygier's arrest as it happened.

Israel is still silent but the shroud of secrecy around Zygier is slowly evaporating. An Australian paper reports he visited Lebanon, Syria and Iran as an Israeli agent. In Israel, criticism over the affair's censoring is growing.

In the evening, the Justice Ministry's spokesperson states that in 2010 a prisoner under an alias was imprisoned. According to the statement, the prisoner's family was notified, he received legal counsel and later committed suicide in his cell.

The questions: Did Israel update Australia on its alleged use of Zygier's Australian citizenship for security missions? Why was he arrested and was his trial in Israel underway? What are the post-mortem's findings?

14.2.2013. According to The Guardian, the Australian journalist with whom Zygier allegedly spoke says that Zygier told him that he and two other Mossad agents worked at a European front company which sold electronic components to Iran.

In Israel, attorney Avigdor Feldman reveals that he met with Zygier several months before his death, offered him a plea bargain and was under no impression that he was about to commit suicide. 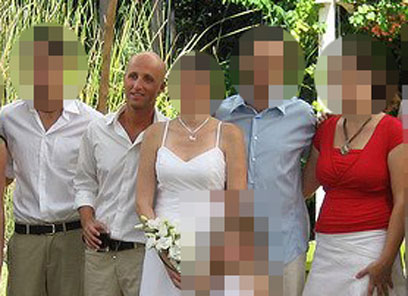 New reports are released by the foreign press. Australia's Brisbane Times reveals that Zygier was about to divulge information on Israel's use of Australian passports for intelligence missions.

The questions: What damage did Israel suffer due to the foreign reports? Did Israel work in real time vis-à-vis the journalists who spoke to Zygier to effectively deal with the leak?

15.2.2013. In Israel, a senior legal official says that there may be indictments in the case. Australian journalist Jason Katsoukis, who spoke to Zygier on the phone two years ago, reveals that a day later his house was broken in to.

The questions: Will an independent commission of inquiry be established to examine the authorities' conduct in the affair? Will Israel's censorship policy change? What, if any, secret information did Zygier pass to foreign sources?