'Into the foxholes.' Gantz at Herzliya Conference
Photo: Ido Erez

Addressing Herzliya Conference, IDF chief says if calm in north is violated, 'I'd rather be an Israeli civilian, and not a Lebanese civilian.' On Gaza: We must distinguish between Hamas' inflammatory declarations and what it's actually doing

"The chances of war against us in the visible future are low but there is a high probability of deterioration. Not a week goes by, not to say hardly a day, when I don’t have to deal with an issue that you didn't even hear about, that could have resulted in a strategic threat, IDF Chief of Staff Lt. Gen. Benny Gantz said.

Speaking at the 13th annual Herzliya Conference Monday evening, Gantz looked ahead to future battles. "We will need to go into the tunnels of Gaza, into the foxholes and the villages … We can't only play video games … it requires physical presence on the ground and that's what we need to prepare our forces for … We need to make sure we are flexible enough and are able to adapt ourselves to the new situation," the army chief said.

During a speech that opened the annual gathering, the army chief said that including the ultra-Orthodox needed to be a slow and gradual process, adding that he believed the recruitment of the ultra-Orthodox had "been good" and that those recruited had contributed a great deal to the army. 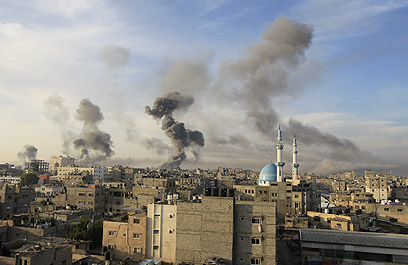 Gantz broke down into regions the threats facing Israel, saying the regional changes "are constant, they're happening all the time and we must be alert … The characteristics of these changes are intensifying … The future is here and we must be ready for it." 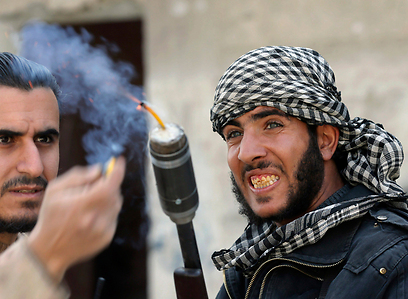 Gantz said that after leaving Lebanon in 2000, "We said the threat might scratch Haifa; and look where we are today." The past seven years have been "pretty quiet," the IDF chief said. "I hope this quiet is maintained... but if not, we are prepared, and we will know to act with the required force... directly against Hezbollah and its state surroundings. Lebanon (as) the neighboring state can't be sovereign but not responsible. If this goes off, I'd rather be an Israeli civilian, and not a Lebanese civilian."

After 40 years of quiet, Gantz said that Egypt was a "situation in the making," adding that Sinai is "fertile ground for activities against us … Fertile ground for terrorists. Egypt has an interest to maintain security in the Sinai ... Not for us, for them … We will do whatever we can to maintain quiet in the area but we must understand that area in a state of flux."

Addressing the Hamas terrorists who rule Gaza, the army chief said, "We have to distinguish very, very clearly between the inflammatory declarations and what it's actually doing (Hamas)."

Four months after Operation Pillar of Defense, Gantz said it was clear that "the goal of that operation was completely achieved" as could be seen from the absolute quiet in the south, save for one incident which was under investigation.