Following another round of nightly negotiations, the final agreement between the three main coalition partners are expected to be signed on Thursday. Israel's 33rd government is expected to be sworn in early next week.

A spokeswoman for the Likud party confirmed Thursday that Prime Minister Benjamin Netanyahu has reached a deal to form a new coalition government.

Obama to visit Israel even if coalition is not formed

"There is a government," the spokeswoman, Noga Katz, said. She said Netanyahu's Likud-Beiteinu list would be allied with the centrist Yesh Atid and far-right Habayit Hayehudi parties, as well as with a smaller faction led by former Foreign Minister Tzipi Livni.

Coalition agreement signing ceremonies were expected later in the day, with a new government likely to take office next week before a visit by US President Barack Obama. The crisis between Likud-Beiteinu and Yesh Atid ended with a compromise and a number of achievements for Yesh Atid leader Yair Lapid and Habayit Hayehudi Chairman Naftali Bennett.

"The sides are displaying a lot of leadership and determination," Bennett told reporters outside his home Thursday morning. "We will have a good government. I envision a government with a historic opportunity, and I am very optimistic."

Lapid responded on Facebook to the completion of coalition negotiations: "This is the end or the beginning. Thank you for the support and thank you for caring." Explaining his silence over the past few days, Lapid said, "Every word I would have said would have gotten too much commentary and spin. After we have the final signature (apparently tonight) I will update and explain." Netanyahu accepted Lapid's demand for a smaller government that will include no more than 22 ministers. The sides also agreed to advance legislation for equal share of the national burden. The ultra-Orthodox parties, including Shas, will sit in the opposition.

The proposal for an equal sharing of the burden, which will replace the expired "Tal Law," will determine that military or civil service is mandatory for all Israeli citizens over the age of 18, but will also stress the importance of Torah studies in the State of Israel.

Talks had stalled over several thorny issues, including the division of key cabinet portfolios and plans to reform the country's military draft. The new government is expected to end a controversial system of giving automatic draft exemptions to ultra-Orthodox Jewish seminary students. 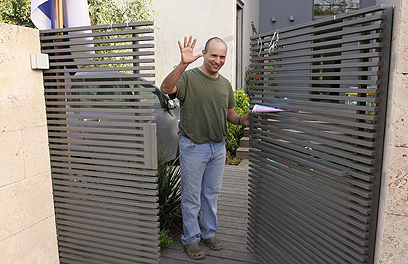 Under the proposal, compulsory army service for men will be shortened from three to two years. Soldiers who continue to a third year will receive minimum wage and a grant for future academic studies.

The agreed-upon outline for equal share of the national burden also states that each year some 1,800 "diligent" yeshiva students will be eligible to receive a special grant, but yeshiva students between the ages of 21 and 26 who will discontinue their studies after receiving an exemption from army service will be fined.

Ultra-Orthodox recruits aged 21 and under will have the option of deferring their army service. They will later be divided into three categories: Those who serve in the army; those who will perform national service and those who are classified as "persistent" yeshiva students. 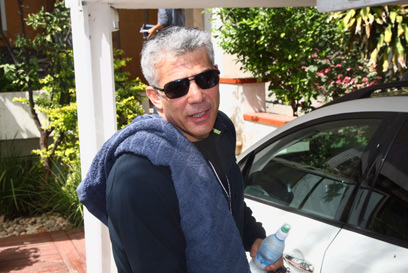 In recent decades, ultra-Orthodox parties have used their kingmaker status to secure budgets for their minority religious schools and seminaries. Tens of thousands of young ultra-Orthodox males are granted exemptions from military service in order to devote their lives, theoretically at least, to religious study.

The benefits have sparked animosity among the wider Israeli public.

The army will also ask to increase the number of Arab Israelis in the National Service program. A ministerial committee headed by Habayit Hayehudi is expected to approve the proposal within 45 days. The coalition agreement further determines that the so-called "core subjects," including math, science and English, will be taught in all Israeli schools within two-and-a-half years. The government will also implement economic measures aimed at encouraging haredim to join the workforce. The deal also calls for enacting laws that will change the system of government. These laws will state the following: Yesh Atid officials said the deal also calls for the resumption of peace talks with the Palestinians and increasing financial support to Holocaust survivors. On Wednesday the sides reached an agreement on the distribution of ministerial portfolios. It was agreed that Lapid will be receiving the Education Ministry portfolio for MK Shay Piron and will forgo his demands for the role of interior minister. Lapid will serve as finance minister.

According to the proposal, Bennett will receive the Knesset Finance Committee, Likud will receive an additional deputy minister and the agreement with Tzipi Livni's Hatnua party will remain in place.

According to the agreement, Likud will get the defense portfolio, and Likud MK Gideon Sa'ar, the current education minister, will be appointed interior minister.