A daycare facility in Bnei Brak notified national-religious parents that their children would no longer be able to enroll in the now "haredi only" facility.

"We will not have anyone belonging to the national-religious sector enroll in the daycare," the facility's operator was quoted as telling a parent over the phone.

The "Hadas" daycare, operated by Moshe and Hadas Alharar, is located in Kiryat Herzog in Bnei Brak, a joint haredi-national-religious neighborhood.

Naturally, the daycare serviced both sectors, but recently it appears the facility's managers had a change of heart. 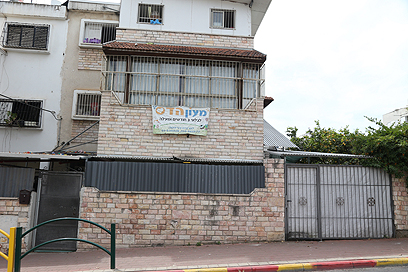 "At the end of last week I heard from some parents that not only has enrollment begun, but it will conclude by the weekend," Tehila, mother to an eight-month-old, described the sudden policy change.

"When I asked the kindergarten teacher for an explanation, she told me I haven't been notified since the daycare will be available next year only for haredim."

The new policy, prohibited by the Industry, Trade and Labor Ministry which supervises the facility, was defended by the daycare's manager Alharar that same evening on a phone call.

Alharar told Tehila he has no choice, since haredi leaders forbid their followers' children from enrolling in his facility because it is used by the national-religious sector as well.

"Maybe we'll succeed in eliminating only 90% (of the national-religious), but the aim is currently to completely remove them. We can now service only the haredi sector," he was cited as saying.

Other parents also reported they found out about the discrimination by chance. "I was told they wouldn't be able to accept my son," another national-religious mother said. "At first they discussed signing a modesty clause, but the next day they said even that's impossible, since they just don't want the national-religious."

In response to a complaint filed by the parents, the Industry, Trade and Labor Ministry stated that "the ministry opposes any form of discrimination in acceptance to daycares.

"Facing the ministry's stance, the daycare's operators stated that a mistake has been made and that early registration has been cancelled.

"Registration will be re-opened in accordance with the by-laws, and will be open to all, without any demands for signing a modesty clause or any other clause which isn't on the ministry's by-laws."

Moshe Alharar said in response: "The spirit of the issue was completely different, and was taken out of context. We operate under the ministry's by-laws, and will continue to do so. The early registration was made by mistake, and has been cancelled."