Expert: Israel not in position to attack Iran

'Father of Iran's nuclear program' says there is no way out of current deadlock between western powers, Islamic Republic; says neither US nor Israel in position to attack

He was once the president of Iran's Atomic Energy Organization; the man dubbed "the father of Iran's nuclear program" now in an interview given to the BBC, Akbar Etemad says he doesn't believe there is a way out of the current deadlock between Iran and the West and adds: "Neither Israel or the US are in a position to attack Iran."

Now in his 80s, Akbar Etemad was the man who launched the Islamic Republic's nuclear project. According to Etemad, in the 70s the Shah of Iran had announced that he wanted to build nuclear power plants in the country, a plan supported by the United States.

The goal was for Iran to produce 23,000 megawatts of electrical power. But Etemad says the US soon tried to impose conditions. 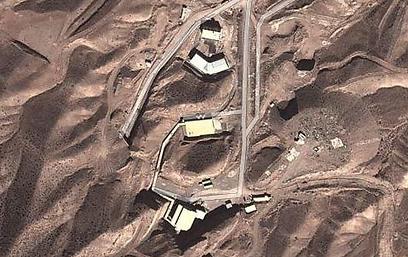 The Americans, he recalls, were initially supportive "because they thought they were going to be a partner of Iran in the application of nuclear technology.

"I had the impression that the Americans wanted to impose their views on Iran and I refused to deal with them. We were discussing for four years the terms of the bilateral agreement and we never came to a conclusion.''

He says that the Americans told him then that ''Iran is not a problem for us but the conditions we impose on Iran are those that we want to impose on other countries'' such as Yugoslavia and the Philippines.

In the interview with BBC's Today program, Etemad says that between 1974 and 1978 there was regular contact with the US, and Iranian students went to study nuclear research there.

'Have to go nuclear'

And he reveals that the Shah wanted to leave all options on the table in terms of developing a nuclear bomb.

"The Shah had the idea at the time that he's strong enough in the region and he can defend our interests in the region (and) he didn't want nuclear weapons. But he told me that if this changes 'we have to go for nuclear'. He had that in mind.''

''My mission was to go for all the technologies imaginable in the field of nuclear technology,'' Etemad added.

After the 1979 Iranian revolution the nuclear program was stopped for a time.

Etemad has been back to Iran since but has not got involved in the nuclear program. ''It's too late for me to get back into that,'' he says.

As for the current nuclear stand-off Etemad believes "there's no way out. I think Iran has the right to do the research that they are doing and I don't see why the Western countries impose sanctions against Iran.

'Iran should not give in'

"They pressure Iran. Why didn't they do it with India, Pakistan with Israel?" he asks. Etemad currently sees no solution but thinks that ''Iran should not give in".

As for those who talk about striking Iran's nuclear facilities, he believes that "neither Israel or the US are in a position to attack Iran."

These days Etemad prefers to remain in Paris - he has refused offers from many countries to work on their nuclear programs.

Last week, Iran's clerical supreme leader said the Islamic Republic would destroy the Israeli cities of Tel Aviv and Haifa if it came under attack from the Jewish state.

"At times the officials of the Zionist regime (Israel) threaten to launch a military invasion but they themselves know that if they make the slightest mistake the Islamic Republic will raze Tel Aviv and Haifa to the ground," Ayatollah Ali Khamenei said in an address to mark the Iranian new year.

Khamenei also called for Iran's "natural right" to enrich uranium for nuclear energy to be recognized by the world. Western powers have refused, saying Iran has hidden nuclear work from UN inspectors and stonewalled their investigations.

Talks between Iran and six world powers - the United States, China, Russia, Britain, France and Germany - are to resume early next month in a further attempt to strike a deal on Iranian nuclear aspirations.