Moshe Ya'alon, Israel's current defense minister, served as IDF chief of staff from 2002 to 2005. Ya'alon was born as Moshe Smilansky on June 24, 1950 in Kiryat Haim, a working class suburb of Haifa. In his youth, he became active in the Labor Zionist movement and joined a pioneer group named Ya'alon, which he would later adopt as his name.

Ya'alon was drafted into the IDF in 1968 and served in the Nahal Infantry Brigade, until his discharge in 1971. He served as a reserve paratrooper during the 1973 Yom Kippur War and fought on the Suez front.

Ya'alon returned to active service after the war, completed officer's training school and commanded units in the Paratroopers Brigade, as well as the elite special forces unit Sayeret Matkal, where he led the 1978 Litani operation and fought in Operation Peace for Galilee. He rose to become deputy commander of the IDF Paratroopers Brigade. He was wounded in Lebanon near the end of his term. 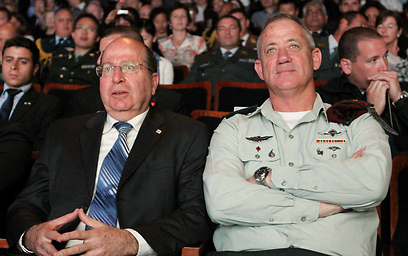 In 1986, General Ya'alon left the army to pursue advanced studies at the command and staff college in Camberly, England. When he returned to Israel, he became commander of Sayeret Matkal.

Ya'alon, who has a bachelor’s degree in political science from the University of Haifa, was appointed head of Military Intelligence in 1995 and commanding officer of Israel's Central Command, responsible for the West Bank, in 1998. He was serving in this position when the second intifada was launched in September 2000.

On September 15, 2000, General Ya'alon was appointed IDF deputy chief of staff, and on July 9, 2002, he was promoted to the rank of lieutenant-general and appointed the 17th IDF chief of staff, a position he held until June 1, 2005. 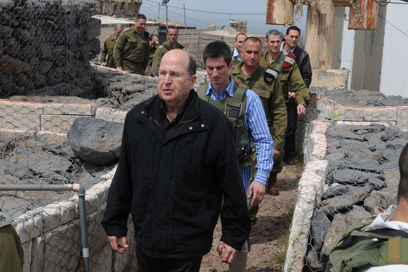 After leaving his position as chief of staff, Ya'alon spent time at the think tank Washington Institute for Near East Policy and became a senior fellow at the Adelson Institute for Strategic Studies at the Shalem Center Institute for International and Middle East Studies. Ya'alon also served as the chairman of the Center for Jewish Identity and Culture at Beit Morasha in Jerusalem.

On November 17, 2008, Ya'alon announced he was joining Likud and that he would participate in the primaries, which would determine the Likud candidates for the 2009 elections. He won eighth place on the party's list and entered the Knesset as Likud won 27 seats. Upon the formation of the Netanyahu government, he was appointed vice prime minister and minister of strategic affairs.

Ya'alon was reelected to the Knesset in January 2013 again on the Likud ticket, and on March 2013 he replaced Ehud Barak as defense minister.

Ya'alon's public statements have often been controversial. On 27 August 2002 he said: "The Palestinian threat harbors cancer-like attributes that have to be severed. There are all kinds of solutions to cancer. Some say it's necessary to amputate organs but at the moment I am applying chemotherapy."

In 2009, during a conference of Jewish Leadership activists, Ya'alon said: "We again are dealing with the issue of the virus, Peace Now – the elitists, if you may – who have incurred great damage. From my perspective, Jews can and need to live in all of the Land of Israel for all eternity."

Later, after meeting with PM Netanyahu, Ya'alon retracted parts of his statement and said that he "recognized the importance of democratic discourse and respecting other opinions." He stressed, however, the need to accept the fact that peace won't come immediately. Ya'alon stated that, in his view, the way of thinking that Israel only needs to give up one more piece of land and then it will have peace is a kind of "virus."

As for the Iranian nuclear threat, the defense minister said during a speech on the occasion of Israel's 65th anniversary that Israel must prepare for the possibility of striking the Islamic Republic's nuclear facilities on its own, adding that he was unimpressed with the West’s steps against Iran's nuclear program.

Ya'alon is married and has three children.


פרסום ראשון: 04.18.13, 13:12
commentsend to friendshareshare
See all talkbacks Close all talkbacks
new comment
Next
Previous
Warning:
This will delete your current comment
cancelOk