Michael Ben-Yair, attorney general between 1993-1996 posts on Facebook: 'Settlements are the most evil and immoral act since World War II'

"The settlements are the most evil and foolish acts since World War II," Ben-Yair said in a post.

His statement was prompted by the release of a report by the human rights organization Yesh Din.

The report, which investigated the expulsion of Palestinian farmers from their lands, determined that "it is a complex, years-long process in which the settlers and the IDF are coordinated." 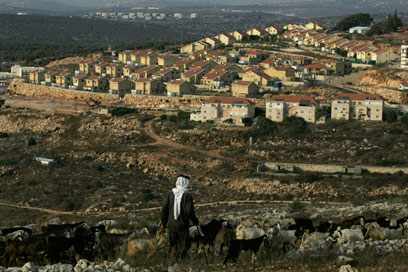 One settlement mentioned in the report is Adei Ad, located in the Mateh Binyamin Regional Council.

"(Adei-Ad) is the microcosm of the Israeli settlement in the occupied territories," Ben-Yair wrote.

One of Ben-Yair's Facebook friends, journalist Yaoz Sever, responded: "Do you claim that the settlements are worse than Pol Pot's regime in Cambodia? Than Stalin's crimes against his people? Than Darfur?"

"Definitely," answered Ben-Yair. "The settlement movement is a political act by a state against another people and as such is the most evil and immoral act since the end of World War II."

Ben-Yair served as the attorney general between 1993 and 1996 and is considered one of Israel's most daring general attorneys in political matters.

During his term he sought to place settlers under the jurisdiction of military courts in order to set them on the same level as Palestinians.

After the Cave of the Patriarchs massacre in Hebron in 1994, in which a Jewish gunman shot and killed 29 Palestinians, Ben-Yair urged Prime Minister Yitzhak Rabin to evict the Jewish settlement in the city.