In the letter, Congressmen Doug Lamborn (CO-05), Eliot Engel (NY-16), and Trent Franks (AZ-08) stated: "These malicious and mendacious claims not only justify these heinous terrorist attacks on innocent civilians, but belie the most basic human right – the right to live. They make a mockery of the founding principles of the United Nations and are a deep affront to the American people." 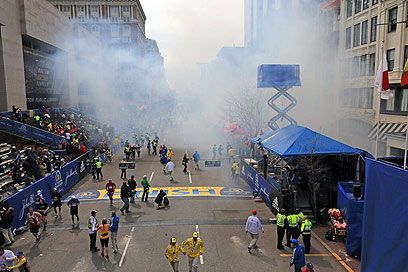 In his essay, "A Commentary on the Marathon Murders," published on April 21 in Foreign Policy Journal, Falk warned that "the United States has been fortunate not to experience worse blowbacks, and these may yet happen, especially if there is no disposition to rethink US relations to others in the world, starting with the Middle East."

Falk also warned that "(A)s long as Tel Aviv has the compliant ear of the American political establishment, those who wish for peace and justice in the world should not rest easy." The Congressmen urged UN chief Ban to "immediately and publicly condemn these odious and offensive remarks."