Officials call for end to violence feeding revenge killing in hopes of breaking viscous cycle of murder, which has been steadily increasing as central government fails to address issue

SANA'A, Yemen – In most Western countries, a minor land dispute or the killing of a donkey would be settled in the courtroom – that is, if the incident even made it that far. In Yemen, however, justice is often meted out from the barrel of a gun. Revenge killings over seemingly minor incidents are on the rise, claiming thousands of innocent lives.

The killings have increased since the outbreak of unrest in Yemen in 2011, which eventually led to the end of the 33-year-rule of former President Ali Abdullah Saleh. And while other Arab countries have succeeded in combating the phenomenon, the revenge killings in Yemen are increasing due to the government's inability to enforce the rule of law, a weak and corrupt judiciary and the spread of firearms throughout the country. Official government figures say some 5,000 Yemenis died in these attacks between 2001-2010. No updated figures are available, but Abdulrahman Al-Marwani, chairman of a leading non-government organization dedicated to fighting such killings, said they were on the rise "as this phenomenon increases with unrest and the lack of security." Sana'a University sociology professor Dr. Abdul-Baqi Shamshon argues that the former regime failed to address the problem. He accused the government of using the phenomenon to serve its own interests by forming alliances with some tribes and turning some against the others, thus weakening them and solidifying government control. 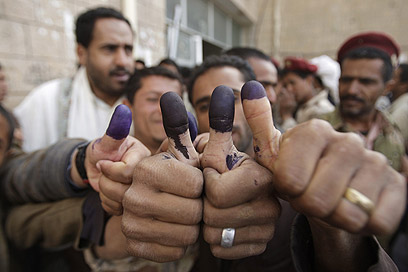 "The problem with revenge is that it opens the door for unending bloodbaths between the feuding parties, with many innocent people becoming victims," Shamshon said.

"Many people become targeted and are killed for no reason except their belonging to the same family sharing the same last name as the feuding family or tribe," he told The Media Line. Some revenge feuds go on for over a century, leaving dozens from both families killed "Usually, the problems that lead to revenge killings erupt over unimportant things, such as the killing of a donkey, a sheep, or a dispute over a tiny plot of land, but these problems become increasingly complex with time, as more people get killed on both sides," he said. 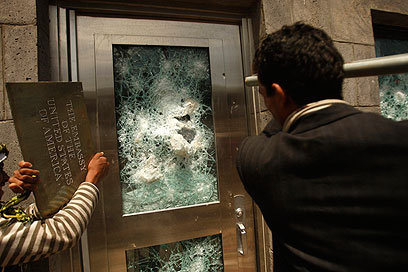 Riots in Sanaa (Photo: AP)
Such is the case with Fares Rubaid, a 24 year old civil engineer. His Bani Bareq tribe and the Bait Abu Hatem tribe have been locked in a fight which began over a tiny plot of land between them in the northern area of Nimh. First someone was killed as the two sides exchanged gunfire on the disputed land. Since then, however, the feud developed into frequent revenge attacks, each tribe seeking the right moment to avenge its murdered tribe members. Rubaid said that a total of six people have been killed in the attacks since the dispute began. What shocked him the most in the ongoing revenge slayings was when his cousin was killed while driving in downtown Sana'a. "He was killed five years after someone from the other tribe was killed in the battles at our village," Rubaid said, adding that his cousin had not been involved in that incident. "These unending vengeance killings significantly affected me," he told The Media Line after being assured his words would not be published in Arabic where they might be read by members of the rival tribe and taken as a sign of weakness. "After my cousin was killed, I started to fear for my life as I realized that it might end in the blink of an eye," he added.

Tribal killings aren't the only form of violence on the rise. "The political vengeance killings have sharply increased in recent times," said All-Mahwari. "I think this type of revenge is far more dangerous than the tribal type because it has a regional dimension, not just social or local influence."

Recently, the Shiite Houthi Movement, supported by Iran, has clashed with both the Isiah Party, a Muslim Brotherhood offshoot, and forces loyal to General Ali Moheen Al-Ahmar. 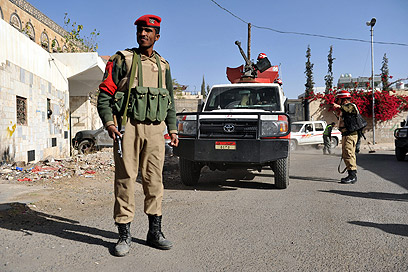 Yemen army (Photo: EPA)
Al-Ahmar is an advisor to President Hadi on military and security affairs and allegedly backed by Saudi Arabia and Qatar. He led the government's forces in the war against the Houthi fighters during former president Saleh's reign and many want to retaliate and kill him. Further, many think that the frequent assassinations of Yemeni army commanders also are examples of political revenge attacks. Al-Marwani claims that regional powers, including Saudi Arabia and Iran, provoke these attacks as part of a proxy war. 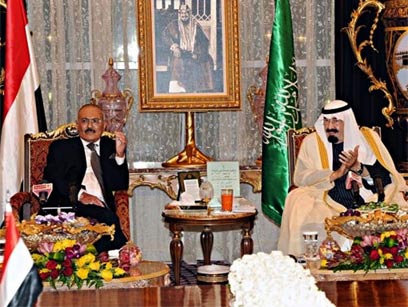 The Transitional Justice Law proposed by President Hadi might be able to stem political violence, Shamson says. It would grant legal immunity to people who committed crimes during the unrest that led to Saleh's departure in early 2012.

Opposition to the proposal is strong, however, especially from human rights groups and the Joint Meeting Parties, a group which shares the national unity government with the former ruling party, the General People's Congress. Parliament has shelved the bill until it can debated by the National Dialogue Conference currently meeting to discuss various aspects of Yemen's future. A group at the conference has been tasked to discuss revenge killings and their causes Also contributing to the revenge killings phenomenon is the ingrained cultural belief among Yemenis who look down on families or tribes that don't retaliate against those who killed one of their family members, Shamson noted. "The revenge phenomenon is no less a challenge than poverty, but unfortunately the former and current Yemeni governments have not given it its due consideration," Shamson said. "This phenomenon can be addressed mainly by establishing an independent, strong judiciary and starting to enforce laws equally regarding both powerful and weak people alike," Shamson said. "But this has to be accompanied by awareness campaigns to make a tremendous impact on people's understanding of the serious repercussions revenge killings have on the individual, family and society at large."