Britain's happiest man is a teacher from Scotland, study claims

If you are a 60-year-old married teacher called Steve and you live near Edinburgh then you are likely to be one of Britain’s happiest men, according to a research reported by the Telegraph newspaper.

The researchers questioned people from across the country about how contented they are in order to work out who is happiest, and where they live.

The Telegraph revealed that 60-year-old Steve from Edinburgh, a teacher with grey hair, blue eyes and glasses, who enjoys spending time with his family and friends, came out on top. 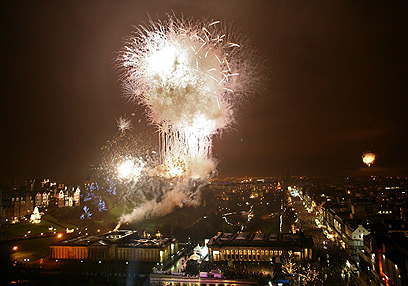 As much of the country heads towards a sunny Bank Holiday weekend, the survey of 2,000 Britons also found that the moods of 30 per cent are directly affected by the weather. According to the Telegraph, the study found that the happiest places in the Britain are Southampton, Cardiff and Edinburgh. In contrast, people are unhappiest in Newcastle, Liverpool and Norwich, it is said. A spokesperson for Cadbury cited in the article said: "Along with the sunshine we also found men were found to be happier than women, while singletons - who may be footloose and fancy free - were not as happy as those who were married. "Those in their mature years of 60s and 70s were happiest of all compared to their 20 year old counterparts." Spending time with family and friends was one of the biggest contributors to feelings of wellbeing, while those down in the doldrums claimed that missing loved ones impacts their cheerfulness.

The researchers also claimed that our names play a big part in our happiness.

The happiest men were called Norman, Steve, Tom, Alan and Ken, while the most depressed tend to be named Gary, Chris, Mike, Mark or Ian.

The survey claims to have found evidence for the old adage “blondes have more fun”, finding that the lighter someone’s hair color is the more it impacts on their happiness levels.

Blue-eyed people see things through rose-tinted glasses, and people who wear glasses are cheerier than those who don't, it is said.