The Palestinian president Abbas on Sunday picked a little-known academic as his new prime minister, according to the official government news agency, following the resignation of his chief rival.

Mahmoud Abbas appointed Rami Hamdullah, 55 to replace Salam Fayyad, a respected US-educated economist who frequently clashed with Abbas and was seen as being too independent.

more pliant. The new prime minister was tasked with forming a new government of technocrats, not politicians.

Hamdullah is a member of the Fatah Party led by Abbas. He has no prior political or government experience. He is a British-educated English professor and dean of al-Najah University in the West Bank. 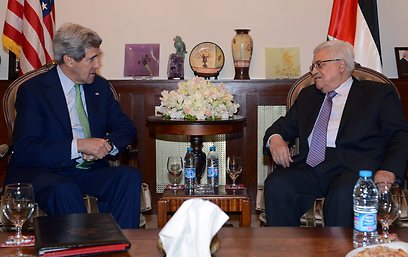 Hamdullah is considered a technocrat rather than an ideological representative of Fatah. Therefore, his appointment is aimed at signaling to Hamas that Abbas has not given up on the possibility of achieving reconciliation between the rival Palestinian factions.

The new Palestinian prime minister is a British-educated linguist. He has been serving as president of the An-Najah National University in Nablus since 1998.

It was not clear how the move would affect the international standing of Abbas. Fayyad enjoyed wide support of the international community, particularly the United States, for moving to clean up the Palestinians' unwieldy bureaucracy and clamping down on corruption during his six years in power.

In a recent interview with the New York Times, Fayyad described the history of the Palestinian people as "a story of failed leadership, from way early on.

"It is incredible that the fate of the Palestinian people has been in the hands of leaders so entirely casual, so guided by spur-of-the-moment decisions, without seriousness," he said.

Abbas' move comes as the US tries to revive Israeli-Palestinian peace talks.

As part of the effort, the US Secretary of State John Kerry hopes to win Israeli approval for Palestinian economic projects in the West Bank. Fayyad, a respected economist, was considered key to overseeing the projects.

The appointment meant that Palestinians are unlikely to head to elections any time soon, keeping Abbas in power as head of the Palestinian Authority, the Western-backed government has a measure of self-rule over Palestinians in the West Bank. His term was supposed to end in 2009.

Palestinians have faced political stagnation since Hamas seized power in the Gaza Strip five years ago. Efforts to heal the rift and hold elections in both territories have repeatedly failed.

Abbas said Sunday that he is committed to the reconciliation accords signed by between his Fatah faction and Hamas in Doha and Cairo.