Lebanese President Michel Suleiman has called on the Shiite Hezbollah movement to pull its fighters out of Syria, saying their presence is fueling instability in neighboring Lebanon.

His plea comes as Saudi Arabia’s envoy to Lebanon says his country will begin deporting anyone who “financially supports this party” referring to Hezbollah because of its role in the Syrian war. There are tens of thousands of Lebanese citizens working in Saudi Arabia, often sending money home to their families in Lebanon.

Just two weeks ago, Hezbollah was crucial in helping troops loyal to Syrian President Bashar Al-Assad to recapture the strategic border town of Qusair from Syrian rebels, who are predominantly followers of Sunni Islam. Now it appears that Assad, with potential help from Hezbollah, is about to launch a major offensive to regain the northern city of Aleppo, much of which was captured by rebels earlier this year.

“If they take part in a battle for Aleppo and more Hezbollah fighters are killed, it will lead to more tension,” Suleiman told the Lebanese newspaper As-Safir. “This should end in Qusairand they (Hezbollah fighters) should return home. 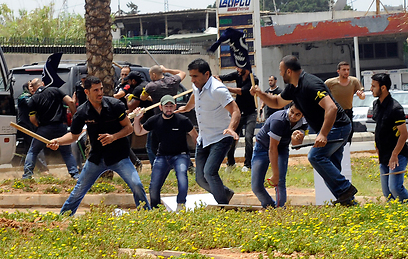 There are believed to be thousands of Hezbollah fighters in Syria, and hundreds have been killed in the fighting, according to the Meir Amit Intelligence and Terrorism Information Center in Israel. Arab newspapers have offered similar estimates.

Lebanese officials worry that continued Hezbollah involvement in the fighting in Syria could put further stress on the delicate balance of forces in Lebanon between Sunni Muslims, Christians and Shiite Muslims who have co-existed in Lebanon for centuries. “Sectarian tensions were high even preceding the fighting in Syria but they’ve gotten considerably worse since Hezbollah's open declaration of fighting in Syria and their triumphalism and celebration of their victory in Qusair, which is after all a victory against an Arab Syrian opposition which is largely Sunni,” Paul Salem, the director of the Carnegie Middle East Center in Beirut told The Media Line. “Celebrating victory over the Israeli enemy is one thing. Celebrating victory over Arab Sunnis has made tensions significantly higher. The Syrian opposition now says they consider themselves at war with Hezbollah and they reserve the right to attack Hezbollah in Lebanon.” 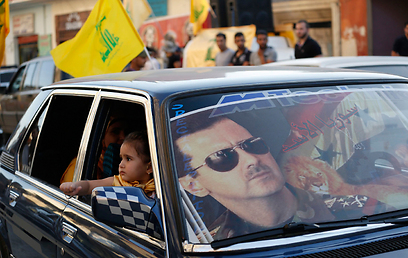 At the same time, Salem said, all of the parties in Lebanon remember the civil war that began in 1975 and left some 120,000 dead over the next decade, and want to preserve the fabric of the state in Lebanon. The current tensions have led to political paralysis and the inability to form a government but he does not believe the country is on the verge of a civil war again.

Hezbollah leader Hassan Nasrallah has also lost popularity around the Arab world, which is predominately Sunni because of his involvement in Syria on behalf of the Assad regime. Assad is a member of the Alawites, an off-shoot of Shiite Islam. Iran is predominately Shiite, while most other Arab states are majority Sunni. “Nasrallah was the biggest Arab Muslim hero after the 2006 war (with Israel),” Salem said. “Today in much of the Sunni world he is reviled but that doesn’t impact his position in Lebanon or Syria.” At the same time, Israel is carefully watching developments across its northern border in both Syria and Lebanon. In the short run, Hezbollah's involvement in Syria is seen as good for Israel. “It lessens the threat of Hezbollah to Israel,” Yiftah Shapir, director of the Project on Military Balance at the INSS think tank in Tel Aviv told The Media Line. “They are involved and investing their force and assets in the Syrian civil war, which means they have less energy to confront Israel. Hezbollah is losing a lot of ground in the Arab world and within Lebanon itself. They are part of the Lebanese political system but their actions have brought a lot of resentment against them.” Israel and Hezbollah fought a month-long conflict in 2006 that ended with a United Nations cease-fire. Hezbollah launched hundreds of rockets at northern Israel, and one-third of Israel’s population was confined to bomb shelters. Since then, Hezbollah has rebuilt its military capability with thousands of long-range, accurate missiles that can reach much of Israel. Israel has been pushing hard to have Hezbollah recognized in Europe as a terrorist organization, but has run into resistance from some who say it would increase instability in the already volatile Middle East. “If Hezbollah isn’t a terrorist organization, it’s hard to see how you cannot have a consensus on Hezbollah as a terrorist organization,” Israeli Prime Minister Binyamin Netanyahu told visiting European Union policy chief Catherine Ashton. “They’re butchering people left and right across the world and now in the cities of Syria.” Last year, Hezbollah was behind an attack that killed five Israeli tourists in Bulgaria and their Bulgarian bus driver. At the same time, Israeli analysts say that they are concerned about having “failing states” on their borders. Syria is already unstable, as the civil war there has lasted for 27 months and killed some 93,000 people, according to United Nations estimates. If sectarian tensions continue to increase in Lebanon, the Lebanese government could lose control over the country. Sapir points to the Sinai Peninsula on Israel’s southern border, which is part of Egypt. Until Egyptian President Hosni Mubarak was overthrown in 2011, Egyptian security forces kept a close watch on Sinai. Now, the new Egyptian government of Mohamed Morsi has lost control over the area. “Once there is a vacuum it is filled by all types of forces such as insurgents and criminals. “We’d suffer from smuggling, and drug trafficking. If it’s a failed state, you have nobody to speak to on the other side.” Article by Linda Gradstein