Legislation that would let Israelis visit the United States without visas but not demand full reciprocal treatment for all Americans wishing to travel to the Jewish state could put Congress and the Obama administration on a collision course in coming weeks.

Israel's entry into the 37-nation US Visa Waiver Program is the most controversial element in a pair of broader US-Israel bills dealing with everything from improving cyber-security to enhancing economic cooperation. Rep. Ileana Ros-Lehtinen is hoping to get the House Foreign Affairs Committee's approval before Congress' August recess. A version by Sen. Barbara Boxer is picking up support in the Senate.

Both would create a new category of US ally - "major strategic partner" - designating Israel as the only such nation. And they would call for the inclusion of Israel on a list of countries whose citizens can visit the United States for up to 90 days without a visa, granted they register electronically before boarding a flight.

The administration and some lawmakers are concerned the legislation doesn't do enough to eliminate Israeli discrimination against Palestinians and Arab-Americans seeking to enter its borders. They also say Israel still fails to meet other legal requirements for the program.

The Senate bill, for example, would demand only that the Israeli government make "every reasonable effort, without jeopardizing the security of the state of Israel, to ensure that reciprocal travel privileges are extended to all United States citizens." And it would grant Israel an exemption from a waiver program entry requirement that it first reach a 97 percent approval rate for its applicants seeking US visas.

The House's bill has clear bipartisan backing, with more than 300 co-sponsors. The Senate effort now has 45 co-sponsors, bringing it close to a majority. It is likely to be considered by the Senate Foreign Relations Committee in September.

Some critics are sensitive about expressing their reservations in public, wishing to avoid getting in a public argument with a close ally, with the bills' supporters or with the powerful pro-Israel lobby AIPAC, which is pushing for the legislation's passage. 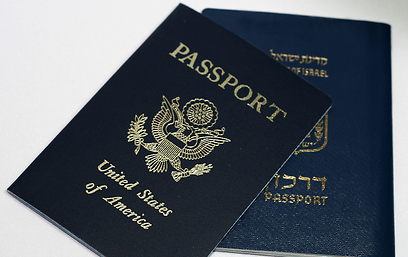 Boxer told The Associated Press the law would benefit US citizens by specifically requiring the secretaries of state and homeland security to certify that Israel is doing all it can to facilitate travel for Americans before it can enter the visa waiver program.

But critics believe they see a problematic loophole.

Last month, 15 Democratic members of Congress and one Republican wrote a letter to Israel's ambassador in Washington expressing concern that Israeli border officials were "disproportionately singling out, detaining and denying entry to Arab and Muslim Americans." They demanded equal treatment, according to the letter obtained by the AP.

One case they detailed was that of Nour Joudah, a teacher at a US-funded school in the West Bank who was twice denied entry into Israel despite holding a valid multiple-entry visa. They also complained about Israel providing some Americans with restrictive visas that only allow them into Palestinian-controlled territory but not into Israel, forcing them to travel overland from Jordan instead of arriving at Tel Aviv's international airport.

Other problems cited included instances of Israeli border officials blocking Americans at the border because of their political views and cases of US citizens being forced to provide authorities with access to their personal email accounts at the risk of deportation.

"We have very strong concerns about the bill. It allows for the discrimination of US citizens by another country," said Abed Ayoub, legal director of the American Arab Anti-Discrimination Committee. "It is reprehensible that US congressional members would allow for such action to take place."

The State Department and Department of Homeland Security have expressed similar, if narrower, arguments in closed meetings with lawmakers, according to US officials with knowledge of the talks. Those officials spoke on condition of anonymity because they weren't authorized to speak publicly on the matter. They said the administration was working with Israel to improve its border screening methods and with Congress on the wording of any future law. The State Department declined to comment.

In a response to lawmakers dated June 12, Israel's departing ambassador said Americans were being accorded all rights "to which they are entitled" upon arrival in Israel.

"Given the security challenges we face, every effort is extended in this regard," Michael Oren wrote to Rep. Keith Ellison and Andre Carson, the two Muslim members of Congress, and the others who signed the original letter.

On Joudah's specific case, Oren said the action was based on a recommendation of Israel's security authorities and that all legal avenues were available to her. But he described such instances as rare.

Oren said 142 Americans in all were denied entry to Israel last year, while about 626,000 were allowed in. That amounts to a refusal rate of 0.023 percent, or about 1 in every 4,400 people. The American refusal rate for Israelis seeking US visas was 5.4 percent, he noted.

The ambassador also defended the differential treatment Israel provides Americans who are on a Palestinian population registry. These people are allowed to enter and live in Palestinian territory, he said, but they aren't necessarily entitled to enter Israel because of decade-old security regulations enacted during a spike in Israeli-Palestinian violence.