The family of Private First Class Zion Tayeb, pronounced an IDF casualty after dying in the Yom Kippur War, petitioned the High Court of Justice on Tuesday, demanding that the grave in Mount Herzl "where his body allegedly lies" be exhumed, claiming their loved one did not die in the field of battle, and was instead taken captive by the Syrians, and never returned.

The bereaved family wishes to conduct a DNA examination on the body and solve the question once and for all after a years-long battle against the State, which claims Tayeb died on the Hermon front.

Tayeb enlisted in the IDF on May 1973 and served in a communication company in the Nafach Brigade. He was most likely attached to the Hermon post a few days before the war broke out, when contact between him and his family was severed. 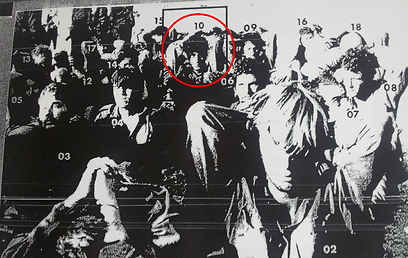 According to the State, after falling in battle, Tayeb's body was found in a mass grave in the Hermon, identified, transferred to a mass grave in Nahariya and finally laid to rest in Jerusalem.

Conversely, the family maintained that it had never received "conclusive and satisfactory evidence or testimony as to his fate." His father refused to accept the claim of his son's death, and committed suicide two years after the war.

His 86-year-old mother, according to the petition, is "waiting anxiously for her son's return."

According to the official State version, the soldier was buried after he was identified by a fingerprint taken prior to his death by the police. This version is supported by the testimony of another soldier, who also served in the area during the war.

On the other hand, the mother and her four children, aided by Attorneys Shlomo Tzipori and Shlomo Rachvi, argue that this version is "ridden with holes," and that Tayeb most likely fell into Syrian captivity.

According to them, he appears in photographs, taken in November 1973, which came into IDF hands from Syria. But the family's expectations for his presumed release were shattered when the Israeli prisoners-of-war returned from Syria, without Tayeb. According to the State, the man appearing in the photographs, who the family claims to be Tayeb, has been proven to be someone else.

In addition, the family noted a Syrian officer captured by the IDF, who led his interrogators to the Hermon mass grave and named all those buried within – except for Tayeb.

As to the soldier's testimony on which the State relies, the family claims that a recent deposition of said soldier showed that he did not even know their son, and further disproved the existence of the alleged fingerprint.

Over the years, Tayeb's mother met with many officials, but according to her, they have failed to answer her pleas, and her request to exhume the grave was denied by the Defense Ministry and the Attorney General.

According to the petition, the mother refused to accept that her son is buried in the Mount Herzl grave, never visited the site and made no use of the financial recompense to which she is entitles.

"The family has a right to receive findings which will allow for a final identification and remove once and for all the uncertainty which severely harms the conduct of their lives," the petition noted.