VIDEO - The official closing show of the 19th Maccabiah Games on Tuesday night was a huge success with athletes and spectators alike at Jerusalem's Teddy Stadium.

It was clear that for many of the overseas athletes, who came from over 70 countries, the Israeli songs were familiar, as athletes from across Europe, Canada and the United States could be seen singing along with Israel’s topnotch musicians, many of whom have achieved international success.

“This is awesome,” said one Dutch athlete to another when Infected Mushroom's Erez Eisen and Amit Duvdevani, who are based in Los Angeles, came on to perform their energetic trance-like beats to a clearly infected audience.

Maccabiah athletes could also be seen proudly sporting their medals as they talked and exchanged contact information with new friends during the closing show. 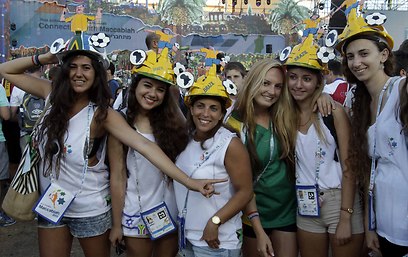 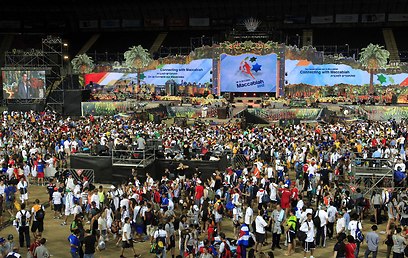 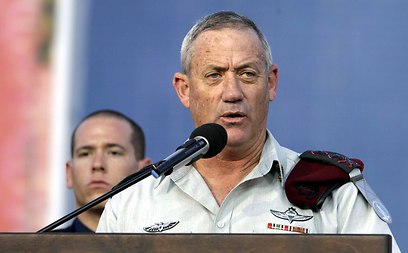 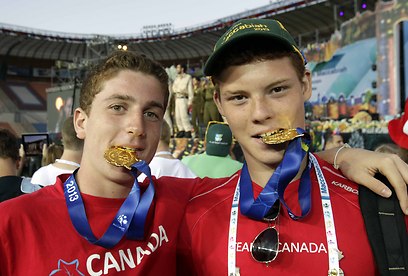 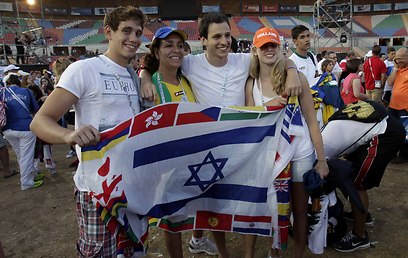 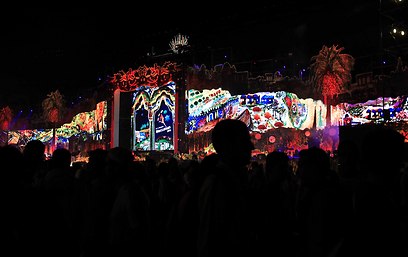 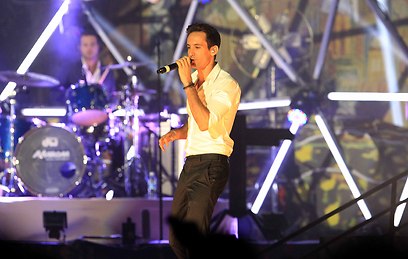 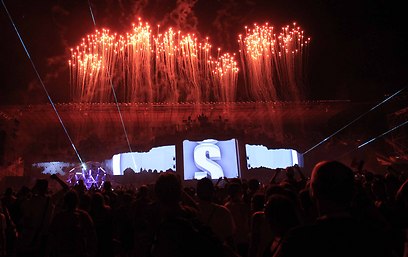 Israel led the way with the final gold medal count, followed by the United States, Canada, Australia and South Africa, which were the top five countries that won medals in the major sports event that had 9,000 competitors competing from across the world this year.

Maccabi USA was awarded with 196 medals, which had even Matisyahu showering the team praise via Twitter, tweeting: "Wow! Macabbi USA bringing home 196 medals. Let's show them some love!"

Elsewhere across the world, Jewish communities in countless countries celebrated their teams, experiencing the unique opportunity that the Maccabiah Games afforded in strengthening connections within the Jewish world and Israel.