Jerusalem man indicted for conspiring to spy for Iran

Member of Neturei Karta faction traveled to Berlin in 2011, offered staff at Iranian embassy to provide information about Israel and even expressed willingness 'to murder a Zionist'

Cleared for publication: A 46-year-old Jerusalem resident and member of the Neturei Karta faction, a radical haredi sect, has been charged with offering himself as a spy to the Iranian government.

According to the indictment, the man, who is being charged with contacting a foreign agent and intention to commit treason, had contacted the Iranian government and offered his services as a spy.

In January 2011, the defendant boarded a flight to Berlin and a day later visited the Iranian embassy which had been closed. He went again a day later, in full ultra-Orthodox regalia, and asked for a meeting.

At the offices he met three unknown individuals including a person who introduced himself as "Haji Baba." The defendant told the three he was an Israeli and member of the Neturei Karta sect explaining that the group does not recognize the State of Israel. He further noted that he aims to replace the current government with one controlled by gentiles. He then offered the Iranians to gather information about Israel for them.

During the conversation, he asked the Iranians why aren’t they able to protect their people from Israeli assassination missions. He was rebuked of insulting Iran while asking for political asylum but replied he was not seeking asylum. He further noted that he is willing to murder a Zionist. 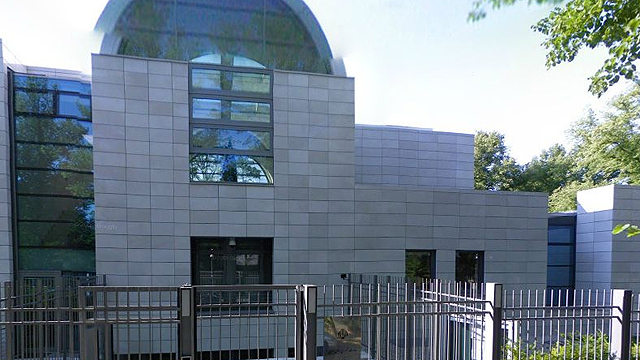 At the end of the meeting, the defendant was told that higher ranks needed to be consulted on the matter. "Haji Baba" gave him a note with an Iranian email account and instructed him to check it for a message from them. He was also given an embassy telephone number for future use.

The defendant returned to Israel four days later and checked the email account at an internet café in Jerusalem. He also used public payphones to phone the embassy in Berlin.

In one of the cases he asked to talk to Haji Baba but was told he was out of the office. The defendant intentionally avoided contacting the Iranians via his home computer and telephone.

The investigation was launched following Shin Bet intelligence information and lasted several months, including wiretapping his phone and listening in on conversations he had with the Iranian embassy in Berlin.

The affair has now been cleared for publication after charges were filed against him.

The defendant is a member of a relatively moderate faction of Neturei Karta called Torah Veyira which is against cooperation with the Arab world against Israel. However it is still opposed the existence to the State of Israel. He resides in what is considered a more moderate haredi area in Jerusalem but his front door features stickers with anti-Zionist slogans.

Yoelish Kraus, a prominent activist within radical haredi ranks said, "The charges sound a bit bizarre both due to Torah Veyira's opposition to contact with the Arabs and due to the defendant's virtual lack of attendance in protests or other Neturei Karta functions."

Kraus estimated that the stickers were posted on the door by the man's children. He described him as a mysterious, reclusive type who was newly religious.

Rabbi Yosef Kroizer, one of the most prominent members of the haredi community, knows the suspect well. Kroizer finds it difficult to believe that the defendant carried out the acts attributed to him - independently approaching the Iranians, offering to collect information, and agreeing to murder a Jew.

"This is an eccentric man, but you do not need to put him in prison," Kroizer said. "I cannot even imagine what type of espionage work he could do. When I first heard about his arrest, and they said it was over security issues, I already said then that maybe it was over sanity issues."

Rabbi Kroizer estimated that "Because we are talking about a newly religious person, who wasn't educated within the anti-Zionist haredi community, but joined it at a rather late stage in life, he apparently was pulled into it in totality, without being able to differentiate between what is permitted and what is forbidden, and he apparently was a bit carried away."

The defendant's attorney, Yair Nehorai said: "We need to bear in mind that no damage was caused to the state or any other element and that the events happened more than two years ago."