Four-hundred young haredim, religious men arrive at induction center; most will be sent to training base in Jordan Valley – where female soldiers are banned. ‘I am proud to serve my country,’ says Reuven

The biggest ever recruitment of haredim is underway. About 400 young haredi and religious men enlisted in the IDF Thursday morning, most in the Netzach Yehuda Battalion, the newly established haredi infantry battalion, and a few dozen in security roles at Air Force bases and combat support roles for other units. "I am proud to serve the country," said Reuven, a yeshiva graduate and one of the hundreds of haredi recruits who arrived at the induction center.

This is the biggest enlistment to haredi combat courses that the IDF has held thus far. Two hundred and fifty recruits will go into two companies, which will be part of the two haredi battalions, and will be sent to a special first-of-its-kind training base in the Jordan Valley, established solely for training haredi soldiers.

The base is located near the regimental training base of the Kfir Brigade. This is a base independent of other units, where entry to female soldiers is forbidden. At its prime, after the two additional companies have been recruited in the November cycle, it will house 640 ultra-Orthodox recruits.

The two battalions will continue to follow the program prescribed with the establishment of Netzach Yehuda in 1999: 30% will be religious soldiers and 70% will be haredi soldiers. The Personnel Directorate’s definition of haredi is based on the last educational institution in which he studied. Among the recruits who arrived at the induction center on Thursday morning was Yisrael Wolfson from Kfar Chabad. As he entered the center, he said, “To criminalize all haredi public as draft-dodgers is racism. During the time of the Torah, they went out to fight and to sacrifice their souls, and the haredi did this also during the establishment of the state." Reuven was another arrival at the induction center. A yeshiva graduate from Netanya, he said that he was, "proud to serve his country and proud to wear the IDF uniform.” 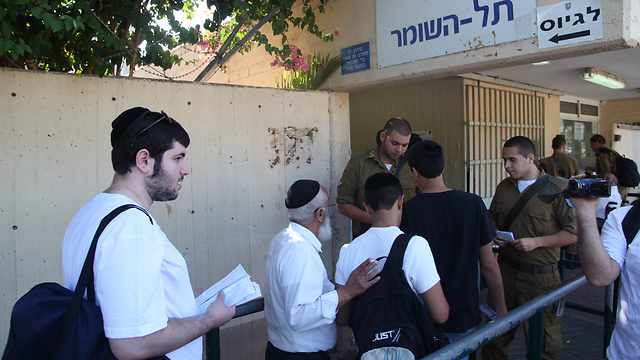 With him arrived Dor, a married yeshiva student and father of one. Dor, who does not yet know whether he will enlist in the army, accompanied his brother Nadav. He said, "I will do what the rabbis tell me, but I will not go to jail, because I am not extreme." 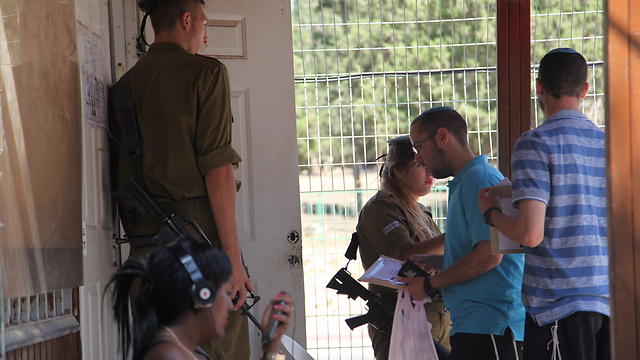 His sister added, "I served two years in national service and recruitment depends on the people, if you want to join or not. You can combine Zionism and being haredi, and these things do not conflict.” 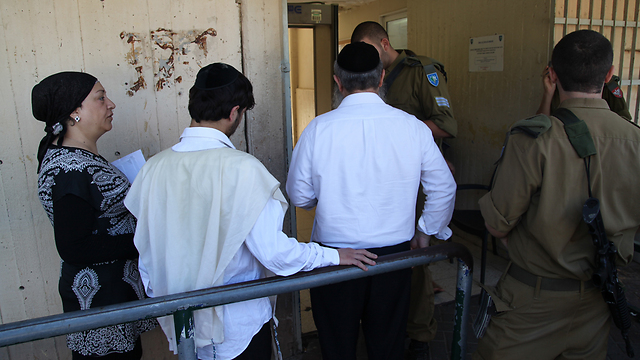 Reserves Brigadier General Yehuda Duvdevani, head of the Nahal Haredi and founder of the Netzach Yehuda battalion, accompanied the recruits at the induction center. He told Ynet, "An additional IDF battalion means less summons to reserve regiments and savings of tens of millions of shekels a year to the IDF. The integration of soldiers affiliated with religious Zionism into the battalion is important and helps strengthen the haredi soldiers. We should continue recruiting, but as we have done so far – with mutual respect and understanding, and without being inflammatory.”

The new conscription law, which has yet to be approved in second and third readings in the Knesset, is not relevant to haredi integrated programs, or to Netzah Yehusa. In the next five years, haredi youth will be able to continue to choose whether they want to enlist after going through screening procedures at the screening center, set up especially for haredim.