Hundreds of protesters against Bedouin resettlement clash with police; 18 arrested

Hundreds demonstrated in a junction near Wadi Ara in northern Israel against the Prawer outline, which seeks to resettle the Negev's Bedouins.

Protesters and police clashed, resulting in the injuries of four people, including a police officer. Police used tear gas to disperse several demonstrators who attempted to block Route 65 near Wadi Ara. 18 people were arrested.

The protestors hoisted Palestinian flags and called for the annulment of the outline. "We will continue to fight," they chanted, "We will not let the plan pass." 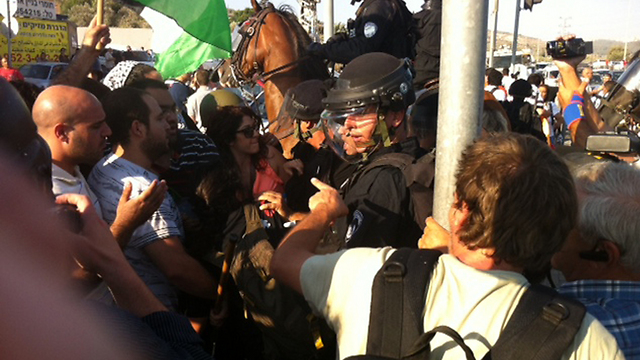 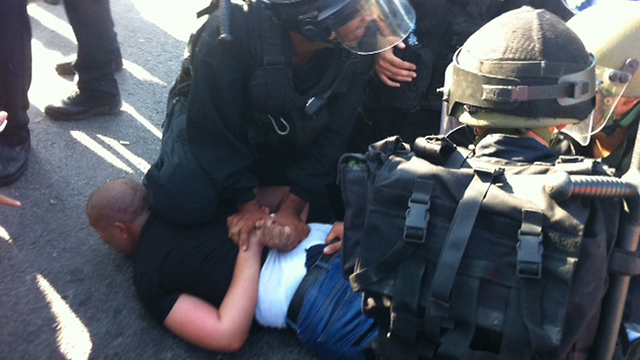 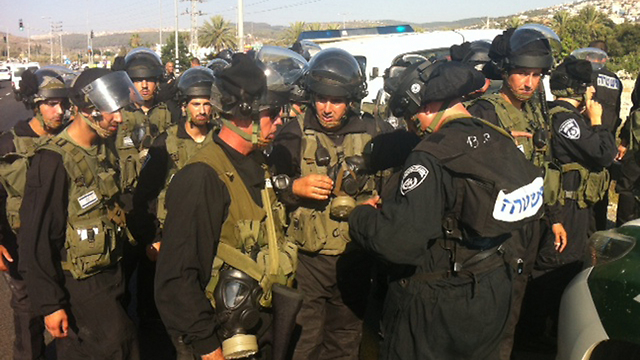 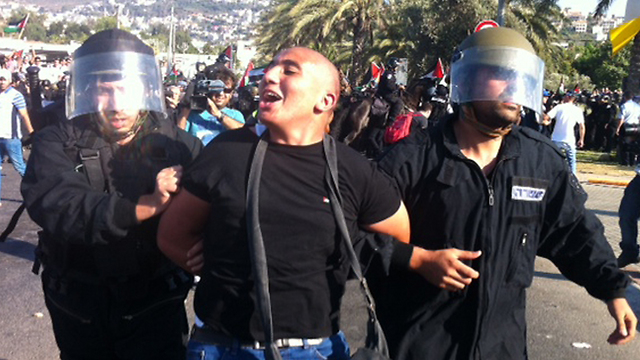 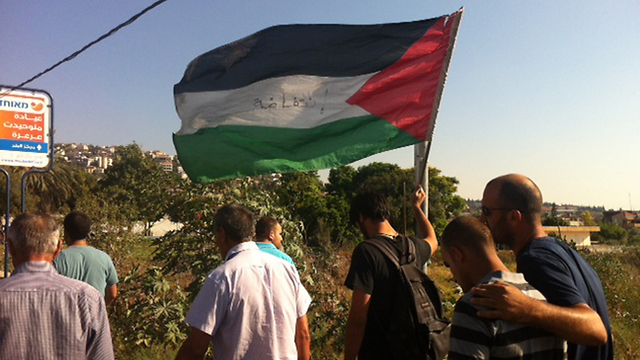 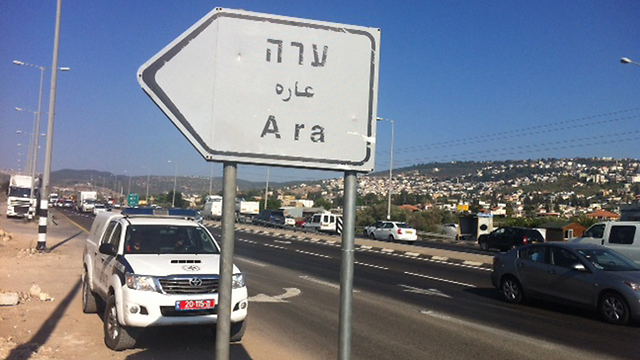 Rozin Basharat, an activist, said "We will continue to resist until the plan is canceled.

"The government makes it seems as if the Bedouins are infiltrators," she added, "and condemns illegal construction in the villages, but the only reason the construction is considered illegal stems from the State's choice not to recognize the villages, some of which were formed many years before the State of Israel was founded and others were built after their residents were chased out of their lands in 1948."

Basharat added that "for decades the State has unsuccessfully tried to make the Bedouins leave their lands by preventing them access to basic infrastructure such as sewage, water or electricity. We are here today to say that the Prawer outline's attempt to uproot the Bedouins from their lands by use of force and threats will not work."

MK Hanin Zoabi attended the Wadi Ara rally and said: "We are determined to exert force in and out of parliament."

She added that the "only ones who are violent are police and the Shin Bet."

More than 1,000 were protesting in the Lahav Junction in the south.

The bill attempts to address the legal aspects of Bedouin settlements in the Negev, including the regularization of the land claims in the Negev.

The State's position is that the existing law does not allow approving such claims, but due to the special social and economic conditions in the Negev, it is proposed to establish special arrangements to solve the issue. The arrangements include compensation in the form of money or land.

Protesters of the outline, however, argue that the plan robs Bedouins of 800,000 hectares of land.