While members of Assad’s forces, rebels continue to slaughter each other, first lady of Syria tries to present caring side of presidential family. Here she prepares meal with orphans to break Ramadan fast

Far from the world’s headlines, a brutal civil war continues to rage in Syria claiming scores more of victims every day. The presidential family insists on holding the reins, trying to portray "business as usual," and this week first lady Asma Assad was enlisted to the task once again.

On Sunday, the Facebook and Instagram accounts of President Bashar Assad and his wife added photos showing Asma helping prepare the meal that breaks the daily Ramadan fast, and serving it to orphans and displaced families in a Damascus orphanage.

Since the beginning of the civil war that killed over 100,000 people, Asma, originally a Londoner, has gained a reputation for being detached and ostentatious. Hacks into her personal e-mail accounts and those of other senior regime officials showed that while Syria was bleeding, and most existed in abject poverty, she had shopped for luxury goods over the Internet. 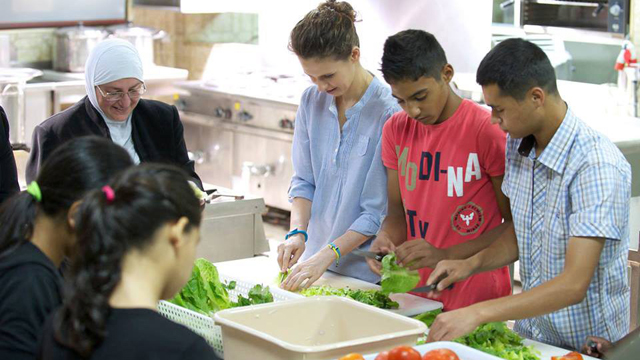 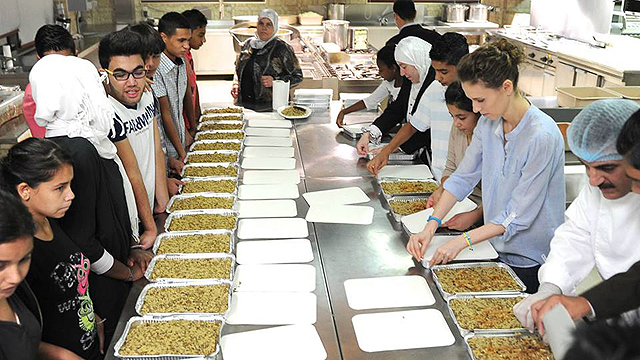 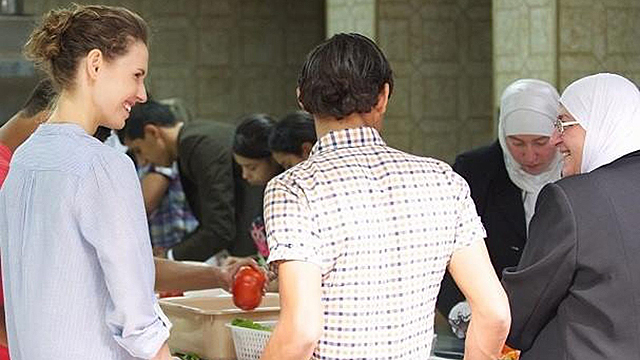 Considered by many to be one of the most beautiful women in the Arab world, Asma has not commented on the allegations, but from time to time makes a public appearance in an attempt to add a tenderness to the image of the Assad family.

The Assad family has controlled Syria since the early 70s..