In Rahat, as well as in 65 other southern communities, beginning Monday morning, some 150,000 children up to the age of nine are expected to be inoculated with a weakened live Polio vaccine. Health Minister Yael German was in the Negev overseeing the start of the operation.

The Bedouin city of Rahat has had to deal with the problem of information transfer because most residents do not use the major media outlets. Thus the municipality called on the city’s mosques to encourage parents to vaccinate their children against the Polio virus.

Rahat Mayor Faiz Abu Sahiban said, "Unfortunately, we are the first city in which the virus was discovered, but we will overcome it. Parents tell me, 'We received vaccine injections, so why do we now need to receive vaccination drops?” 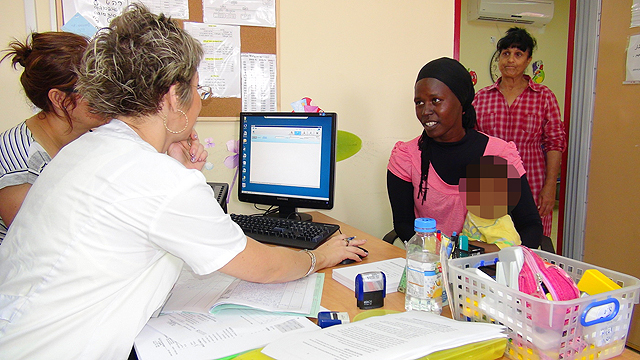 Alongside the Health Ministry’s call to be vaccinated, opposition to the vaccination campaign has developed over the past few days. Facebook spawned a group called ‘Mothers say no to weakened Polio vaccine.’ The founder of the group, Shiri Gorman, said that the vaccine was taken out of use in 2005, because it was dangerous and caused dozens of children to contract active Polio. 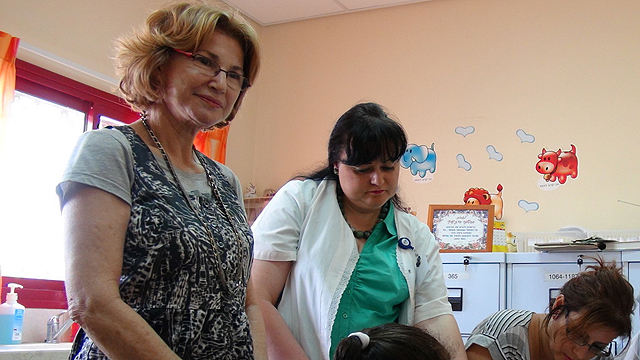 Dr. Michael Gadelevitch of the Health Ministry said that the weakened live vaccine was developed in the 1950s, to which the current vaccine is identical, except for one strain issued from it. He added that "There is no danger to children when getting the Polio vaccine. The children are inoculated with a dead strain according to the program of the Health Ministry, and are protected from disease and definitely against side effects of the weakened vaccine. Thus the opposition is unfounded.”

The extended operation will last a month and a half and will include 66 such settlements from Kiryat Gat to Mitzpe Ramon (not including Netivot). In Beersheba, the vaccinations will be held at nine Tipat Halav baby program stations, and will run continuously every day from 8 am to 8 pm weekdays, and on Fridays from 8 am to 12 pm.