An investigation into a sexual harassment claim in one of Israel's South American embassies opened up a can of worms of ethical misconduct claims and vengeful accusations. Among the offenses reported from the embassy were additional cases of improper behavior, drunken sexual escapades with local women and drinking binges resulting in the hospitalization of the embassy's head security officer.

The initial investigation began in the wake of a sexual harassment complaint lodged by the spouse of the embassy's security officer against the husband of one of the mission's diplomats. In line with protocol, the complaint was passed onto the Civil Service Commission which immediately launched its investigation. 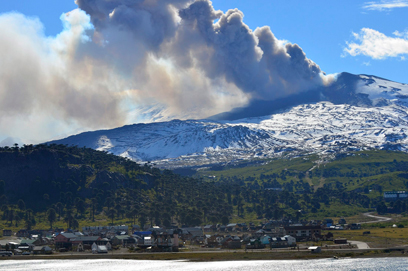 Scandal in Israeli embassy in South America (Photo: Reuters)
Despite the fact that the woman withdrew her complaint, Assaf Rosenberg, head of the commission's disciplinary unit, together with two Foreign Ministry representatives, took off for South America in a bid to conduct their investigation into the matter. The investigation soon unearthed a slew of additional behavioral offenses which were revealed as prevalent in the diplomatic mission. Among others, the investigators heard a list of reciprocal complaints by couples within the mission about improper behavior, numerous accounts of sexual debauchery by embassy staff members with local women, and even an incident in which the embassy's security officer became so intoxicated he had to be admitted to a hospital.

As revenge for the security officer's wife initial complaint against him, the diplomat's husband (accused of sexual harassment) dished the dirt on the security officer himself; recalling for investigators numerous incidents in which he and the officer had gone out partying and drinking.

As part of the investigation, it was revealed that the security officer had conducted a year-long affair with a local woman, during which they would hold clandestine meetings in his deputy's official residence, in breach of diplomatic directives.

It was additionally revealed that the diplomat married to the man suspected of sexual harassment had failed to report the security officer's drunken hospitalization, fearing it would be perceived as vengeance for his wife's sexual harassment complaint against her husband. The investigation team demanded that the officer be suspended from the embassy pending the investigation's completion, and sensing where things were going, the security officer decided to cut his diplomatic tour short and promptly return to Israel. The security officer's deputy was also summoned for a hearing in the Foreign Ministry's headquarters in Jerusalem, where he was questioned and reprimanded for lending his apartment to the security officer's affair. At the end of the hearing, the deputy was relocated to another South American embassy. It was also decided that an additional Israeli, a private security employee of the embassy, was to be removed from his position in the embassy's security's staff. The embassy's diplomats are also expected to undergo hearings, in which their fate will be decided. In the meantime, the diplomat's husband – the man suspected of sexual harassment – was suspended from the embassy and barred from entering its premises.

A source within the ministry said the event has embarrassed the Foreign Service: "This is a relatively small embassy, and the workers there were living like a family until the relations between them turned into a soap opera. They seemed to have forgotten they're diplomats."

The Civil Service Commission said in response that "an investigation regarding sexual harassment – as well as into additional reports of improper behavior – was conducted in one of Israel's South American embassies. "At the end of the investigation, the findings were passed on to the commission's director general's officer and they included a number of recommendations, including the termination of the employment of a number of workers and the implementation of disciplinary action against others." In response, the Foreign Ministry said: "The (ministry) received a complaint about allegedly improper conduct (within the embassy), and in its wake a representative from the Civil Service Commission was sent to investigate.

"The investigation revealed serious incidents of ethical misconduct, prompting drastic disciplinary action by the Foreign Ministry, which included the termination of employment. In line with protocol, a report summarizing the investigation was passed on to the commission. Despite the fact that those involved are not diplomats themselves, (the ministry) is barred from revealing additional details because of right to privacy of those involved."