The detonation of an explosive device led to the injury of four IDF soldiers in Lebanon early Wednesday morning, Defense Minister Moshe Ya'alon said during a tour of south Israel, adding that the army was examining the circumstances of the incident.

Israel has yet to officially comment on the incident, but Ya'alon said the soldiers were wounded during "operational activity meant to preserve the calm for the northern communities in particular and for the residents of Israel in general.

Ya'lon said that during the activity, the force's movement activated an explosive device. "We're investigating the incident to determine whether the device was new or old," he said.

"Of course, we will draw the necessary lessons, but the activity will continue for the sake of the security of Israel's residents." 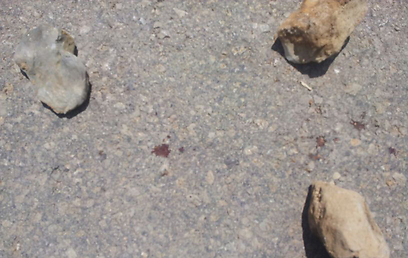 The Israeli soldiers sustained light to moderate wounds in the pre-dawn blast.

Earlier, Hezbollah's Al-Manar TV network released photos from what it claimed was the scene of the explosion at the western part of the Israeli-Lebanese border. The images allegedly show Lebanese soldiers at the scene of the blast. Blood stains can be seen on the ground. Lebanon's official news agency said a land mine explosion wounded the IDF soldiers. 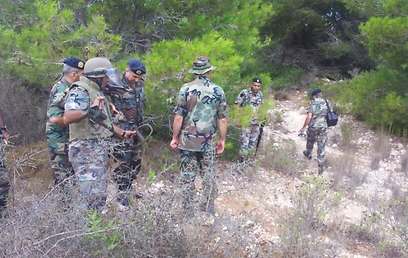 Lebanese soldiers at the scene of the explosion

"An infantry patrol of the Israeli army penetrated 400 meters inside Lebanon in the Labbouneh area at 00:24 local time," the statement said.

"An explosion took place and the soldiers were wounded, with blood found at the scene. A military committee has opened an investigation in coordination with UNIFIL," the United Nations Interim Force in Lebanon, it said.

The border area has largely been calm since the end of the Second Lebanon War seven years ago. The 2006 conflict, that killed about 1,200 Lebanese and 160 Israelis, was triggered when Hezbollah terrorists crossed into Israel and captured two Israeli soldiers.