Haredi youngsters in the Beit Yisrael neighborhood in Jerusalem lobbed on Thursday various trash at a religious soldier, who took refuge from his assailants at a relative's home in the vicinity.

Police are combing the area for the suspects. In similar cases no arrests were made. Also on Thursday, a haredi man was attacked by a young secular man, allegedly after asking a woman to move to the back of a bus.

According to the police, the religious soldier arrived at the neighborhood to meet relatives, when several haredi youngsters gathered around him and began to curse at him. The incident quickly deteriorated into

violence, when the group started tossing various items at the uniformed soldier. 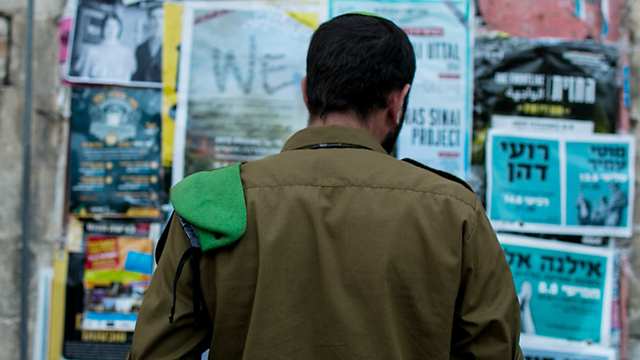 Police later escorted the soldier unharmed out of the area.

"There were many people there," the soldier recounted to Ynet. "They threw stuff at me, cartons, vegetables. I saw it wouldn't stop so I just called the police."

He said that when the police arrived "they all ran to their holes." The soldier said he felt humiliated: "I go back to the northern border, guard so people will not enter and harm anyone – no matter who you are, haredi, secular, religious, Jew, Arab, and this is what you get – so there's a hard feeling."

The soldier said the incident will not deter him from wearing his uniform in the area. "I'm not scared," he stressed. "This is Jerusalem, my capital just as it is there's. I'm really not going to stop walking around it."

Violent incidents against uniformed soldiers have recently spiked in haredi neighborhood in Jerusalem, against the background of haredi draft legislation. 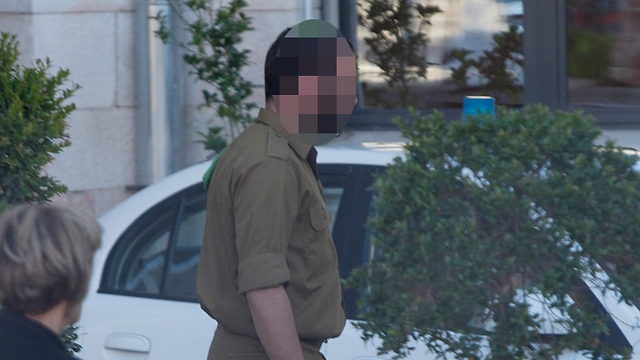 Last month two assault cases occurred, in one of which a crowd attacked a soldier in Mea Shearim, chasing him to a nearby building until the arrival of police.

Meanwhile, police are still searching for the secular youth who attacked a haredi man in a 54 line bus in the city. According to suspicions, the youth punched the haredi in the face and pulled his beard before fleeing the scene.

The incident followed the haredi's demand of a woman to move to the back of the bus. The haredi has filed a complaint against the youth with the police.

The 54 line passes in the Kanfei Nesharim street in the Givat Shaul neighborhood, and is not considered a 'haredi' line.