Moscow has rejected a Saudi proposal to abandon Syria's president in return for a huge arms deal and a pledge to boost Russian influence in the Arab world, diplomats told AFP.

On July 31, President Vladimir Putin, a strong backer of Syrian leader Bashar Assad, met Saudi Arabia's influential intelligence chief Prince Bandar bin Sultan, after which both Moscow and Riyadh kept a lid on the substance of the talks.

"Every two years, Bandar bin Sultan meets his Russian counterparts, but this time, he wanted to meet the head of state," said a European diplomat who shuttles between Beirut and Damascus.

"During the meeting at the Kremlin, the Saudi official explained to his interlocutor that Riyadh is ready to help Moscow play a bigger role in the Middle East at a time when the United States is disengaging from the region."

Bandar proposed that Saudi Arabia buy $15 billion (11 billion euros) of weapons from Russia and invest "considerably in the country," the source said. 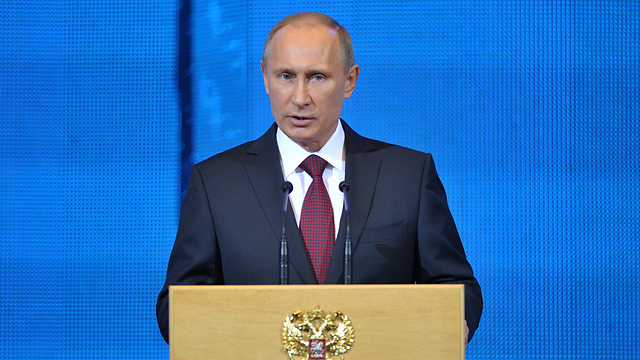 The Saudi prince also reassured Putin that "whatever regime comes after" Assad, it will be "completely" in the Saudis' hands and will not sign any agreement allowing any Gulf country to transport its gas across Syria to Europe and compete with Russian gas exports, the diplomat said.

In 2009, Assad refused to sign an agreement with Qatar for an overland pipeline running from the Gulf to Europe via Syria to protect the interests of its Russian ally, which is Europe's top supplied of natural gas.

An Arab diplomat with contacts in Moscow said: "President Putin listened politely to his interlocutor and let him know that his country would not change its strategy."

"Bandar bin Sultan then let the Russians know that the only option left in Syria was military and that they should forget about Geneva because the opposition would not attend."

Russia and the United States have been trying for months to organise an international peace conference between Assad's regime and the opposition to take place in Geneva, but so far to no avail.

Asked about the Putin-Bandar meeting, a Syrian politician said: "As was the case before with Qatar and Lavrov (in talks), Saudi Arabia thinks that politics is a simple matter of buying people or countries. It doesn't understand that Russia is a major power and that this is not how it draws up policy."

"Syria and Russia have had close ties for over half a century in all fields and it's not Saudi rials that will change this fact," he added.

The meeting between Bandar and Putin came amid tension between Moscow and Riyadh over the conflict in Syria, as Russia has accused the Saudis of "financing and arming terrorists and extremist groups" in the war which has killed more than 100,000 people since March 2011.

While there was no official reaction to the meeting, Russian experts also said Putin had apparently turned down the Saudi offer.

"Support for Assad is a matter of principle for Vladimir Putin," he said. "Even the bait of $15 billion, a huge sum that represents two years' turnover for Rosoboronexport (Russia's arms exporting agency), will have no effect."

Independent security expert Andrei Soldatov, who runs the Agentura.ru website said: "This disinformation is aimed more at destabilising Assad and his entourage.

"Assad's position is growing stronger and stronger, and the Kremlin knows this. Turning against them in this situation would be very stupid ... And don't forget that in general the Saudis take years to keep their promises."