Iran's President Hassan Rohani has appointed Dr. Elham Aminzadeh, a law and public policy professor at Teheran University, as his Vice-President for Legal Affairs. If confirmed she would be the first woman to hold the post.

Rohani said on Monday he had chosen a cabinet to overcome Iran's economic crisis and diplomatic isolation as parliament began debating whether to approve his proposed set of ministers.

In a decree, Fras news agency reported, Rohani said that Dr. Aminzadeh's scientific competence and judicial qualifications as well as legislative experience and moral merits were the reasons for her appointment as the vice-president for legal affairs. 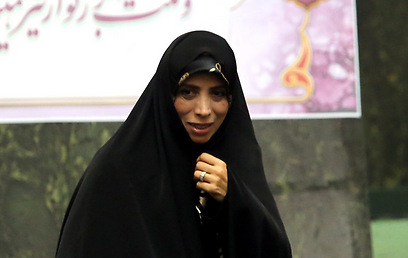 Aminzadeh studied international law at the University of Glasgow and her doctorate thesis was titled: "The United Nations and international peace and security: a legal and practical analysis." She is currently an assistant professor of law and public policy at Teheran University. 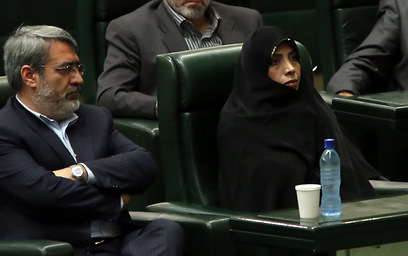 Law professer chosen for 'scientific competence' (Photo: EPA)
Rohani has promised to combat high inflation and unemployment, pursue a more "constructive" foreign policy and allow greater social freedoms than hardline predecessor Mahmoud Ahmadinejad. "Your vote of confidence in the ministers is not just a vote for the individuals, it is a vote for the whole government and its plans," the Iranian president told parliament. Parliament is expected to vote on Rohani's cabinet choices on Wednesday. Many of his nominees are seasoned technocrats who served under centrist former president Akbar Hashemi Rafsanjani and reformist ex-president Mohammad Khatami. But conservative factions in parliament are likely to oppose some of his choices. Though widely recognized as an experienced and capable manager, proposed oil minister Bijan Zanganeh is, according to conservatives, too close to pro-reform opposition leaders who protested against what they called a rigged presidential vote in 2009. At the time they visited Supreme Leader Ayatollah Ali Khamenei after the 2009 election to speak on behalf of the opposition leaders, who are now under house arrest. Ruhollah Hosseinian, a "principlist" conservative in parliament, predicted on Saturday that 80 percent of Rohani's cabinet nominees would be approved, ISNA news agency said. But he said the assembly would bar those "who made statements in parliament and did not distance themselves from the sedition" – a term used by conservatives to describe. In a possible measure of the support for the cabinet in parliament, Fars news agency said 148 lawmakers had requested to speak in favour of Rouhani's cabinet on Monday and 18 against. In his speech, Rohani said the oil ministry required "active diplomacy" and endorsed Zanganeh for the post. In addition to repairing the economy, Rohani has pledged to improve Iran's image abroad, which was tarnished by Ahmadinejad's bellicose statements against Israel and questioning of the Holocaust. On Monday, Rohani said his government would pursue "threat prevention and alleviation of tensions" in its foreign policy.

His pick for foreign minister, Mohammad Javad Zarif, is a US-educated former UN ambassador who has been at the center of several rounds of secret negotiations to try to overcome decades of estrangement between Washington and Tehran.

Rohani said he had known Zarif since the 80s and called him the best man for the job, saying Iran needed a "completely aware, efficient and expert" foreign minister.