Second day of rioting brings some 200 haredim to a construction site in Beit Shemesh Tuesday, where they claim construction work rests on ancient tombs.

A handful of protesters broke into the site but were replled by security guards. The two sides then began throwing rocks at each other.

When a fire broke out in the vicinity of the disputed site, some of the protesters stepped away from the entrance to the area. 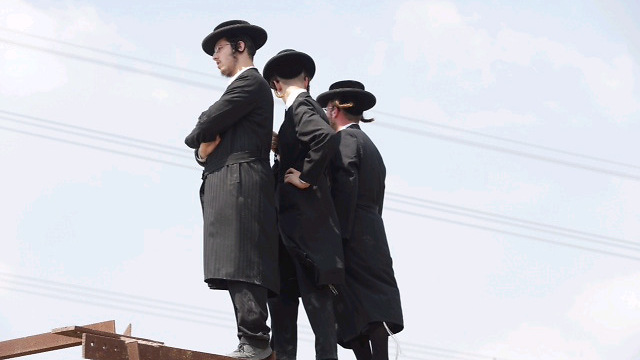 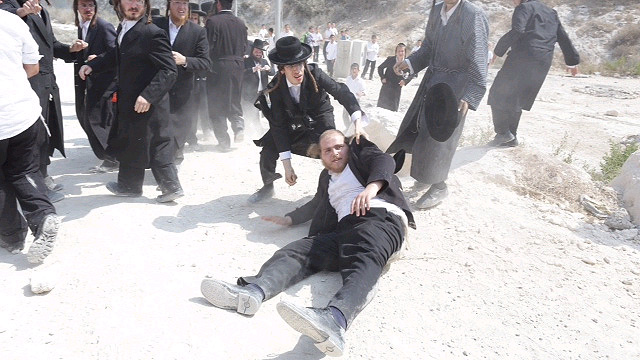 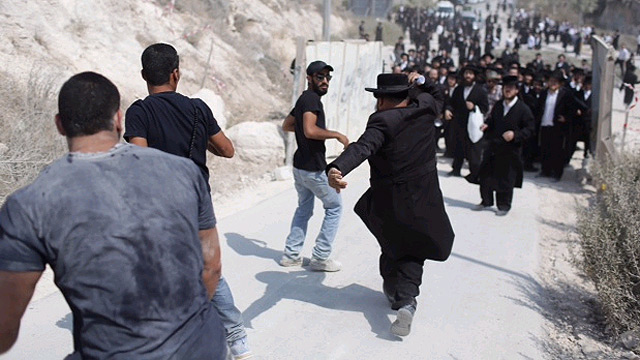 Ephraim Cohen, one of the protesters, claimed that the tumult began when one of the security guards came out of the construction site with a tractor, "and almost ran over one of the demonstrators," according to him.

He further said: "I was pushed and I fell to the ground, and broke my glasses. I'm a Cohen so I cannot enter a site that has graves, that is why I protest from outside the site, but there was no provocation on our part. We will stay here and protest as long as they keep working in that place and digging up."

Police forces arrived at the scene, and security guards are attempting to prevent demonstrators from entering and spreading around the site.