Eilat in sights: Jihadists in Sinai

The rocket fired at around 1 am on Tuesday morning at Eilat from Sinai and intercepted by Iron Dome reflects the recent expansion of extremist networks into the Egyptian peninsula. According to reports in Egypt, the area has been flooded by several thousand terrorists which break down into three groups: Sinai Bedouins who were weapon merchants and have begun operating as mercenaries; Palestinians from the Gaza Strip; and jihadists who have arrived from foreign countries – including Yemen and Afghanistan.

Since the ouster of former Egyptian President Mohamed Morsi, stories are increasingly publicized describing the presence of global jihad organizations in Sinai. This includes organizations fighting the Syrian regime such as Jabhat al-Nusra. In addition to repeated attacks against Egyptian military and police, attacks against Christian Copts have been documented across Sinai.

It began with a Coptic priest Mina Aboud Sharween, who was murdered in El-Arish by jihadists only days after the overthrow of the Morsi. A few days later, another murder took place that was particularly shocking. A Christian named Majdi Najib was killed, apparently by the same extremists in a cemetery in the city of A-Sheikh Zweid in northern Sinai. The body of the shop owner well known in the Coptic community was found abandoned on the highway, his head severed and lying on his chest.

In July, the UK Times described the incident and cited security officials in Egypt who believed that the murder of the Coptic priest marked the appearance of a local branch of Jabhat al-Nusra in Sinai.

"Leaving the severed head on the top of the body is the stamp of Jabhat al-Nusra," said an Egyptian security official, who went on to say that "they are still on a smaller scale in Egypt and not well funded. But we believe that they are declaring their presence with this attack."

The beheadings of Christians is an act that has been observed in Syria committed by the hand of radical militants from Jabhat al-Nusra. The group's members in Syria are thought to have originally gone over from Iraq.

Over the past two months, media associated with the Assad regime reported incidents of beheadings, including one in which a young archbishop and a Christian were killed by the organization in Idlib. Another allegation arose claiming that that the organization's members had desecrated and beheaded a statue of the Virgin Mary in the town of Jisr al-Shugur in Syria.

At present, the connection of the organizations operating in Sinai to the central wing of al-Qaeda, headed by Ayman al-Zawahiri, can mostly be summarized as one of ideology, but it also possesses a certain financial connection. The main goal of the global jihadist groups is to establish theocracies, in Sinai and in other locations, by exploiting the lack of governance in some Arab countries.

Israel is not currently a priority for the jihadist organizations, which prefer to channel their energies into finding a way to strengthen their grip on areas where they already have a presence. These organizations want to establish Islamist states in Jordan, Lebanon, Syria and Egypt. However, there is concern that groups will establish rocket threat against Israel and seek to carry out terrorist attacks.

Since the September 11 attacks, al-Qaeda has been in distress. Global intelligence has become more responsive to the global jihad network and created a counter front, focused on al-Qaeda. This led to a new reality for the global jihad effort, and they have attempted to adapt accordingly. It also created a situation in which a multitude of groups operate, including Jabhat al-Nusra and Ansar al-Sham in Syria; the organization Ansar Beit al-Maqdis in Sinai, which had four men killed in the attack last Friday in Rafah. The international media attributed the attack to Israel. 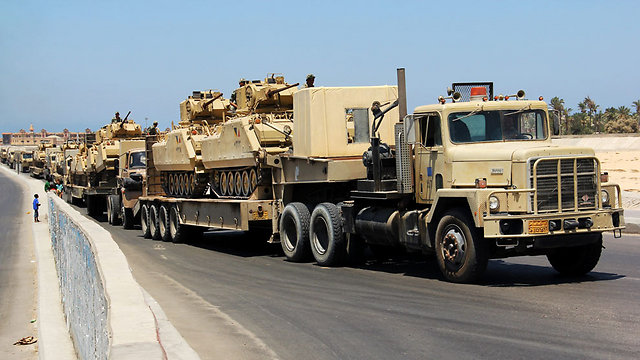 The extremist organization Ansar Beit al-Maqdis has been active in the Gaza Strip and the Sinai Peninsula together with another radical organization known as the Mujahideen Shura Council in the Environs of Jerusalem, which took responsibility for Tuesday night’s rocket fire at Eilat.

In September of 2012, the Ansar Beit al-Maqdis organization claimed responsibility for an attack on the southern border, which killed Israeli soldier Corporal Netanel Yahalomi, saying the attack was in response to the movie, Innocence of Muslims, which mocked the Prophet Muhammad and worked up a frenzy in Arab and Muslim society. 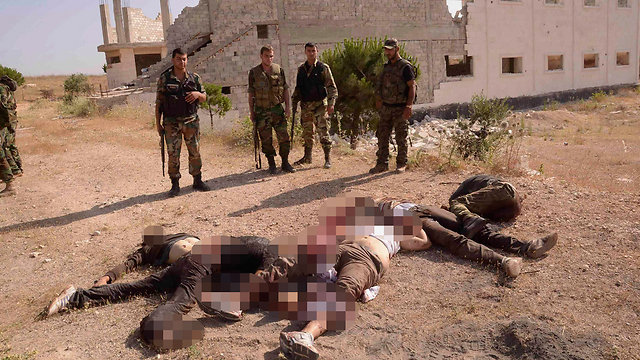 The Mujahideen Shura Council, which took responsibility for rocket attacks on Eilat, announced its establishment with the first rocket attack, in June 2012. A cell of three terrorists penetrated into Israel along the border with Egypt. They then opened fire with small arms and RPG missiles which were launched at the car of workers who were building the border fence. Sayeed Fashafshe was killed in the attack.

Following the ousting of Morsi, the Sinai jihad organizations got a second wind from the number one man in al-Qaeda, Ayman al-Zawahiri, in a videotape which was released in which he stated, "The campaign in Egypt is not over, but only beginning. Revolution in Egypt should continue and the Islamic nation should give victims for the cause." He added at the time that "the battle in Egypt is clear, between the secular Egyptian allies of the church and the army they support, and the Islamists."

In parallel to these statements, Facebook pages were established allegedly representing the branch of Jabhat al-Nusra in Egypt. In July, a message was posted on one of the pages claiming to be the first message on behalf of the organization. It stated that they would sacrifice themselves for the security of the citizens, property, and honor. It added that this new organization did not recognize any party, because it did not accept regimes based on western concepts. It also said that it did not recognize the legitimacy of anyone except those who established the rule of Islam.