Dozens of haredim on Wednesday held another protest against what they view as the desecration of Jewish graves at the Goloventzitz construction site in Ramat Beit Shemesh, where the new Ramat Avraham neighborhood is slated to be built.

Clashes erupted after the ultra-Orthodox, who claim there are hundreds of potentially Jewish graves at the Goloventzitz construction site, confronted police officers and security guards and called them "Nazis" and "murderers."

One of the guards responded to the insults by hurling stones at the ultra-Orthodox. Police said he was taken in for questioning and fired by the private security company he worked for. 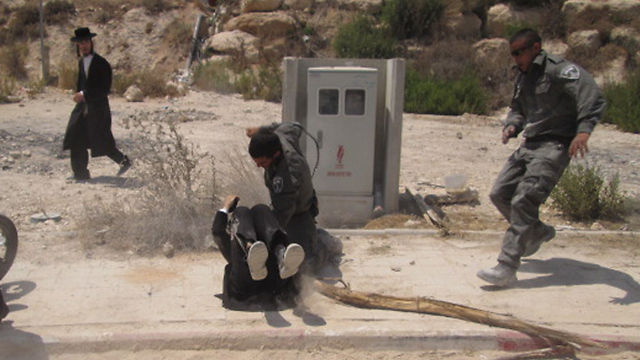 It was further reported that a Border Guard officer was lightly injured during clashes with haredim at the disputed construction site. 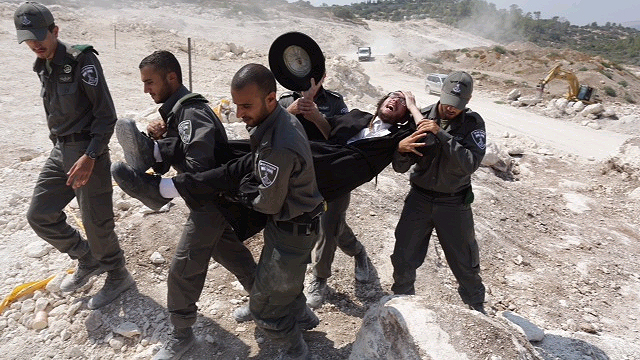 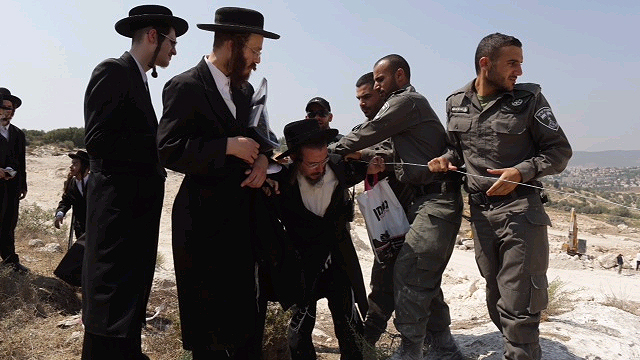 One of the demonstrators sustained a head injury when he exchanged blows with officers at the site. Seven of the haredim were arrested. 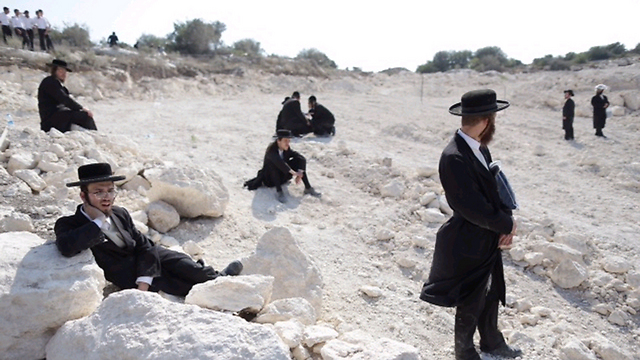 Haredim insisted that Border Guard officers used excessive force against them, but the Border Guard said their conduct during the riots was reasonable.

A haredi man who was injured said he and his friends "were just standing there, praying and crying out. The officers are the ones who hit us and pushed us." 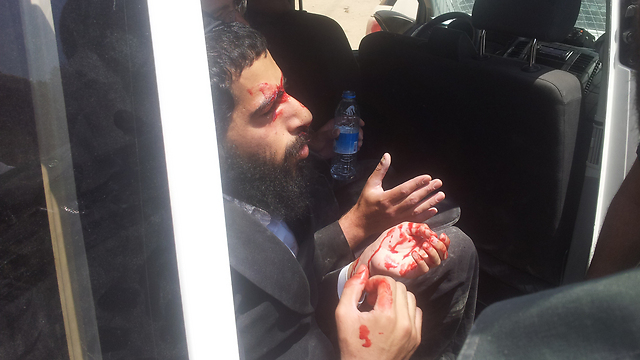 "I don't understand how Jews can do that," another protester said. "They're worse that the Nazis. Just cruel. I hope this will haunt the officers every night."

On Monday, when the protest began, some 100 haredim rioted at the construction site. Police arrested 29 of them. The rabbis of the Eda Haredit organization are divided over whether the halacha permits construction at the Goloventzitz site. Posters distributed by the "Committee for Israel's Gravesites" said a court-ordered examination of the site found human bones at the site. The posters called on the haredi public to "prepare to protect the burial caves!"