Lapid signs sales tax increase on ATVs, SUVs and TV screens larger than 50 inches. Also imposes tax on furs, yachts, private jets and jacuzzis. In September taxes will also be increased on vehicles worth at least NIS 300,000. State revenues are expected to grow by about NIS 110 million annually

Luxury vehicles, ATVs, antique furniture, private planes and jacuzzis – Finance Minister Yair Lapid signed an order on Thursday imposing taxes on these luxury items, on the path to filling the state’s coffers by increasing taxes, as he had already announced was his intention. The new tax includes items which were already under tax, as well as others which had been previously exempt. Following the signing of the new directive, the Tax Authority announced that on Sunday, August 18, the current sales tax rate for ATVs and off-road vehicles will rise from 30% to 50%; there will also be an increase from 15% to 30% on the purchase tax on TV screens larger than 50 inches; and a sales tax of NIS 550 will be imposed on refrigerators larger than 800 liters.
Austerity Measures
Treasury advises Lapid to raise taxes
Sever Plocker
Senior Finance Ministry officials recommend income tax increase of 1-2%, VAT raise of 1% as income from taxes collected from rich population fails to meet expectations
Treasury advises Lapid to raise taxes

On September 1, the tax on luxury vehicles worth over NIS 300,000 – most of which are rated as high level polluters – will go up. This tax will be added to the current 83% tax, included in the vehicle price at the dealership. This way, for example, an automobile which has a consumer price of NIS 1 million, will pay a sales tax of 97% of its price to the dealer, instead of 83%. 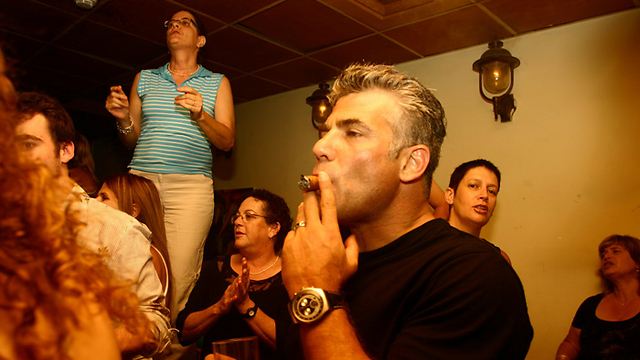 The move, which was formulated by the Tax Authority and put into action following the order signed by the Finance Minister, is expected to increase tax revenues by about NIS 110 million a year and, according to the Finance Ministry, is designed to "reduce the financial burden of inequality and help reduce the deficit."

The move includes imposition of tax on luxury items, which until today had been free of purchase tax.

These include furs, antique furniture, yachts, jet skis and airplanes, according to the following breakdown:

The luxury tax increases follow the State's announcement that its income from taxes this year and next were expected to be lower than originally planned by about NIS 14 billion ($3.8 billion), raising new concerns among Finance Ministry officials. In order to meet the deficit target – 3% of the annual gross domestic product – the government will have to collect another NIS 14 billion from the public by the end of 2014.

A further tax increase will be required even after the government reduces its expected expenditures, so as not to deviate from the budget approved under the "fiscal rule." According to this rule, the 2014 budget can be only NIS 20 billion ($5.5 billion) higher than last year's budget, while the previous government committed to a double addition of NIS 40 billion ($11 billion).