Egyptian soldiers have entered a mosque in Cairo where hundreds of deposed President Mohamed Morsi supporters have barricaded themselves, according to footage aired by Egyptian TV channels.

From the videos, it appears the soldiers made no use of violence as they entered the al-Fath mosque and seem to be negotiating with the barricaders early Saturday morning.

The tense standoff at came after bloody clashes that killed 83 people across the country and resulted in the arrest of more than 1,000 alleged supporters of Morsi's Muslim Brotherhood.

According to the footage, it seems the soldiers entered the mosque without using violence and they appeared to be negotiating with the protesters, attempting to persuade them to leave.

One protester said nearly 1,000 people were trapped in the mosque, which had earlier held the bodies of more than 20 people killed in Friday's clashes.

Soldiers had offered to evacuate the women but insisted on questioning the men, which the protesters refused, a demonstrator on the scene said. 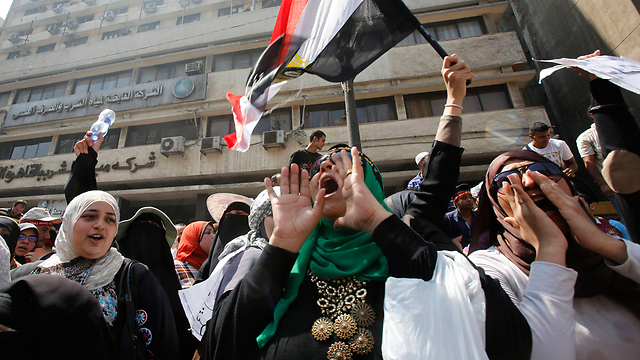 Both sides accused the other of opening fire but the gunfire then ended, one person inside the mosque told AFP.

"Thugs tried to storm the mosque but the men barricaded the doors," she said.

Security officials quoted by the official MENA news agency said that "armed elements" had been shooting at security forces and police from inside the mosque.

A protester inside the mosque told AFP by telephone that they were demanding they not be arrested, or attacked by hostile civilians who appeared to be gathered outside the mosque.

Morsi's Freedom and Justice Party (FJP) pleaded for another "massacre" to be avoided after at least 578 people were killed across the country Wednesday when police cleared protest camps set up by loyalists of the former president deposed by the military on July 3.

It was not possible to verify the numbers in the mosque independently. 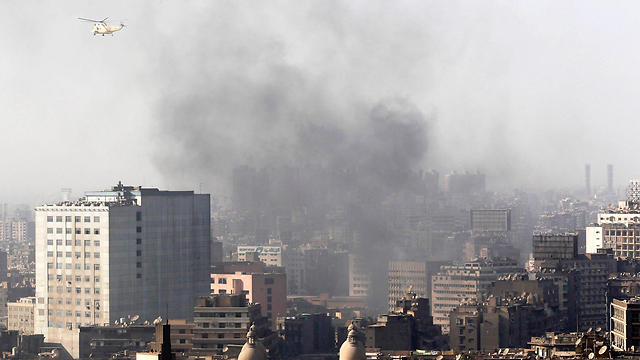 The latest unrest started as Morsi supporters emerged from mosques in the capital to protest in what they billed as a "Friday of anger" following Wednesday's bloodbath.

In the capital, a man leapt off a bridge near a police station to escape shooting as police armored vehicles advanced on protesters, witnesses said.

An AFP correspondent counted at least 19 bodies in one Cairo mosque, while witnesses said more than 20 corpses had been laid out in a second mosque.

Elsewhere in Egypt, 10 people were killed by security forces and dozens injured in the canal city of Suez when they gathered to protest in defiance of the curfew.

Their deaths brought to 83 the number killed in nationwide violence although the FJP spoke of 130 dead in Cairo alone.

Marches were also reported in the Mediterranean city of Alexandria, in Beni Sueif and Fayyum, south of Cairo, and in the Red Sea resort town of Hurghada.

The interior ministry said in a statement early Saturday that "the number of Muslim Brotherhood elements arrested reached 1004," including 558 in Cairo alone.