MK Zoabi: Al-Sisi must be overthrown

Like rest of world, Arab Knesset members breathlessly follow events in Egypt, do not like what they see. ‘Muslim Brotherhood will not disappear," said MK Zahalka. ‘Blood on streets will be downfall of regime’

Israeli Arab Knesset members, watching Egypt's chaos from the sidelines, slammed the Egyptian army of stealing the government and going against the spirit of democracy.

“We are talking about a very serious deterioration of the Egyptian revolution,"said MK Haneen Zoabi (Balad), who reiterated the fact that the incentive behind the revolution was to create a democracy. "The army is massacring civilians and backed by the legitimacy of a large part of the Egyptian street."

The Balad MK added, "The Muslim Brotherhood came to power in a democratic way, but they did not internalize the principles of the revolution and did not act according to them. Thus came the popular rage which gave legitimacy to the military. I am against their insistence to control. They should have let go of the government before it came to bloodshed.”

Zoabi's solution is simple, "Al-Sisi must be overthrown immediately and the military and police personnel responsible for the killing and slaughter, prosecuted. Morsi does not need to be returned to power, but the tasks of the revolution and preparing for elections must be continued.” 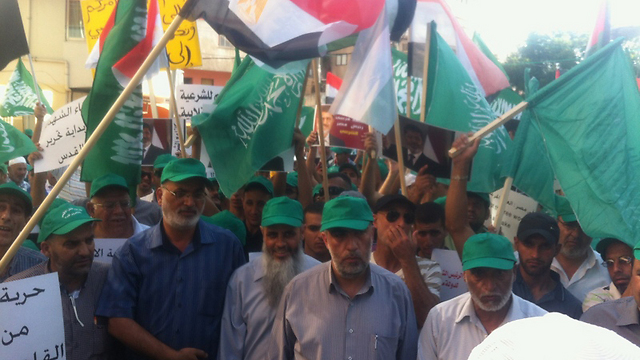 Zoabi stressed that the situation in Egypt was different from that in Syria. "The main obstacle in completing the revolution is that the resignation of Mubarak's government is not yet complete," Zoabi said. "Morsi's fatal mistake was that he did not want to enter into a serious conflict with the remnants of the old government and preferred hudna.”

MK Jamal Zahalka said he believed there could be no solution by force. "Anyone who thinks so is deluding himself," said Zahalka. "The Muslim Brotherhood…will not disappear. There remains only one solution which is dialogue and consensus within the democratic game. Ultimately, no one can force his opinion on everyone. I'm sure Egypt will overcome the crisis. The Egyptian people are strong and have a deep sense of belonging.” 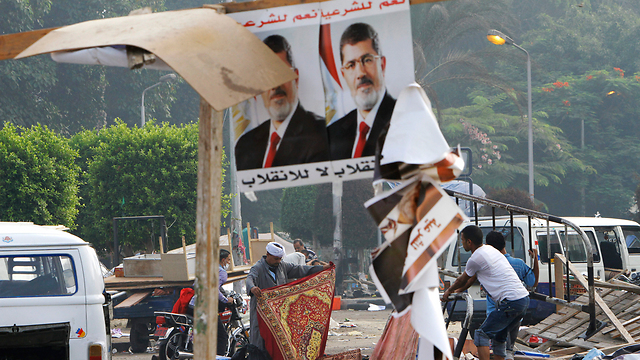 MK Mohammad Barakeh (Hadash) argues that the responsibility lies with the "regime and the Muslim Brotherhood who harshly used and rejected any attempt at dialogue and negotiation which would have stopped the bloodshed. Morsi's government did not internalize the meaning of the revolution against Mubarak," explained Barakeh. "It was a civil revolution. Morsi did not understand the meaning of this and did not work on a new agenda. It made his people rise against him. Instead of meeting the demands of an election or a referendum, as the army offered him, he refused and sentenced himself to the end of his government.”

MK Masud Ghnaim (Ra'am-Ta'al) said that recent events showed there were still attempts to undermine the first revolution. "The massacre proves the rule of Mubarak is still there," says Ghnaim. "They continue to undermine democracy. To reach a solution, all political parties need to talk; there is no desire to see a civil war break out in Egypt as in Syria.”

His colleague, MK Taleb Abu Arar, added, “They are attempting to describe the Muslim Brotherhood in Egypt as terrorists, but I think those who kill civilians in Egypt, they are the terrorists. There is an attack here on Islam.” 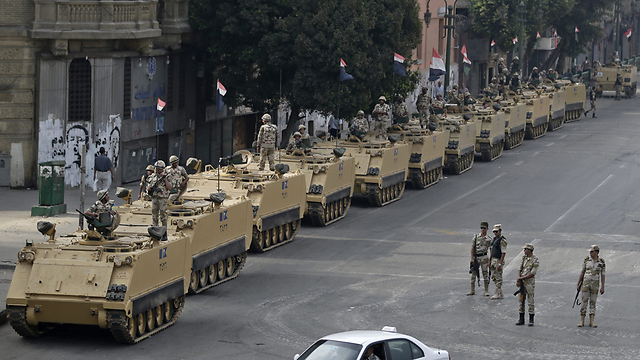 Tanks on the streets (Photo: AP)

Balad MK Basel Ghattas is also concerned. According to him, "We see that the sincerity to deal with the only solution – dialogue and sitting at the negotiation table to reach a national agreement – does not exist."

MK Ibrahim Sarsur (Ra'am-Ta'al) is more forceful than the others. "A bloodbath is taking place in Egypt and crimes of the military forces," he said. "They've got the government and are enacting fascist policies that cancel all the results and fruits of the democractic revolution."

"I believe that the blood that flows on the streets and squares of Egypt will topple the regime," Sarsur said. "What is happening in Egypt proves that the Islamic currents, led by the Muslim Brotherhood, are the only ones defending democracy.”