An Iranian diplomatic official said Tuesday that the country's foreign minister will lead nuclear talks with world powers, taking over from the country's national security council.

Since the election of centrist Hassan Rohani as president in June, Iran says it is taking a new approach to negotiations with a six-nation group — the five permanent members of the UN Security Council plus Germany — over its nuclear program. 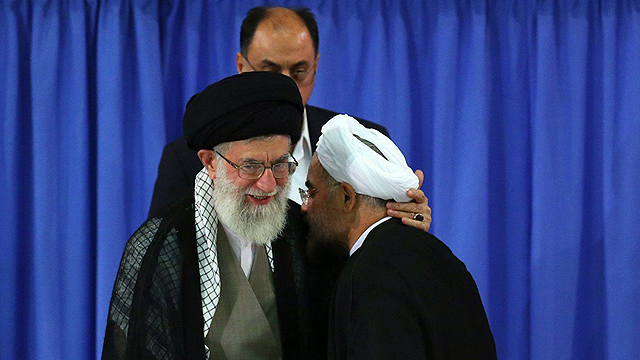 "The nuclear dossier has been transferred to the Foreign Ministry," the official said. He said Foreign Minister Mohammad Javad Zarif, a Western-educated veteran diplomat, will be top nuclear negotiator. The move is seen as transferring the nuclear file to professional diplomats rather than security-minded figures at the Supreme National Security Council.

The official spoke anonymously as he wasn't authorized to speak publicly on the issue.

Rohani, who won a landslide in June 14 presidential elections, has vowed to pursue a "policy of moderation" and ease tensions with the outside world.

Iran's Supreme Leader Ayatollah Ali Khamenei, who has ultimate authority on all matters of state, also appears to have given his blessing to a more diplomatic approach to the West.

Ali Akbar Velayati, a top adviser to Khamenei, told The Associated Press earlier this week that Iran needed to "talk with a different language."

He added however that Iran will not again suspend the key process of uranium enrichment because Tehran had a bitter experience when it did so in 2003 as a confidence-building measure.

The European Union's foreign policy chief has said says she will "soon" meet Zarif amid the need for swift and substantial talks over the nuclear program. Catherine Ashton's office said she called the minister on

Saturday to congratulate him on his appointment.

Zarif has said he welcomed resumption of talks but called for "purposeful and time-limited" negotiations.

"Dr. Zarif is now in the process of selecting his negotiating team before preparing for talks with the six-

Zarif did postgraduate studies at San Francisco State University and obtained a doctorate in international law and policy at the University of Denver. Zarif also raised his profile in the US as a diplomat at Iran's UN

Mission in New York during a five-year posting that ended in 2007.

Rohani hopes Zarif's expertise and years of experience in dealing with Americans as Iran's top U.N. envoy will help his government understand the American way of thinking. Zarif worked with Rohani back when the president was Iran's top nuclear negotiator from 2003 to 2005.

Rohani has also said he wants more senior officials — in particular foreign ministers — from the six-member group to talk to Iran.