Excitement, skepticism surround launch of Qatar-based news channel in US

Al-Jazeera America went live Tuesday, accompanied by a campaign of traditional and social media for its cable channel launch, as it pledged to outdo its rivals with serious, in-depth journalism.

"We're on the air! #AlJazeeraAmerica has just launched, and we're live. Are you ready to take a new look at news?" the channel announced on Twitter at 1900 GMT.

Opening the lineup was a preview of the daily schedule, which includes news, magazine and interview programs.

One of the first in-depth reports set to air was an investigation for its "Fault Lines" program on Bangladesh.

"Fault Lines goes undercover in Bangladesh in a multi-month investigation to expose how US corporations may be putting their profits before the well-being and safety of the workers making their products," the channel promised.

The Qatar-based media group took out full-page ads in The New York Times, Wall Street Journal and USA Today, and kept up a barrage over social media including Twitter, Facebook and Tumblr.

"Change the way you look at news," the ad in The Wall Street Journal states. "Get more depth, More perspective. Every day."

On Facebook, Al-Jazeera America called itself "the new American TV news channel that connects you to the human stories at the heart of the news." 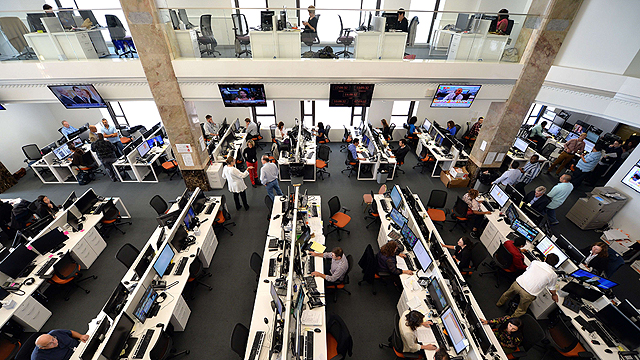 The channel reaches more than 40 million households and vastly expands the footprint of Al-Jazeera despite questions about how it will be received by American viewers.

Even before its launch, social media was abuzz over the channel and its new programs. Some expressed concern that Al-Jazeera was ending its streaming Internet of its English-language service, which according to executives was required under cable TV contracts.

On Facebook, the Al-Jazeera America page had 66,000 likes and a variety of comments.

"Cool! Kind of excited to see what you kind folks come up with!," one person wrote.

But another said, "You better embrace the foundation of which this country was created for FREE PEOPLE or we will remove you from this country."

Others said it was unclear if the channel would truly break new ground. 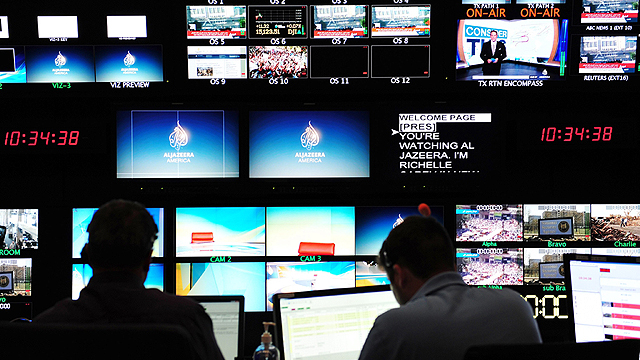 Jeff Jarvis, a City University of New York journalism professor, said on Google+ he was skeptical: "They hired people straight out of traditional TV news; they tried hard not to hire foreigners. But what I was hoping for was a new form with new perspectives."

Americans will be able to get 14 hours of news, documentary and discussion programming daily, and updates at the top of every hour 24 hours each day. But the selling point will be long-form reporting of stories overlooked by other news organizations.

Yet it is likely to face a tough sell to US audiences because of its history in the Middle East, where it was the outlet for videos distributed by Al-Qaeda and Osama bin Laden. Some conservatives claim it is still anti-Western.

Ehab Al Shihabi, interim chief executive of Al-Jazeera America, said US viewers will come around once they see the programs. 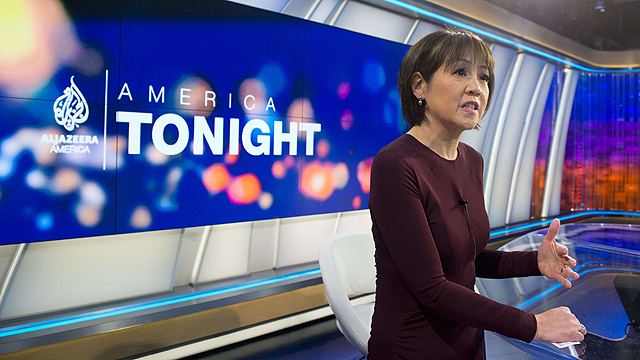 Shihabi said 850 staff have been hired for 12 US bureaus, and will draw on 70 bureaus worldwide to give Al-Jazeera unmatched scale.

Since acquiring Current TV, a struggling US cable channel, Al-Jazeera has brought in well-known names in the industry, such as former CNN and CBS journalist Joie Chen, former NBC news anchor John Seigenthaler and David Shuster, a veteran of Fox News and MSNBC.

Along with 24-hour news, Al-Jazeera will include several showcase programs starting with the 5:00 pm time slot and carrying into "prime time" evening viewing.

The channel will have only six minutes of advertising per hour, compared with an average of 15 minutes for most other channels. 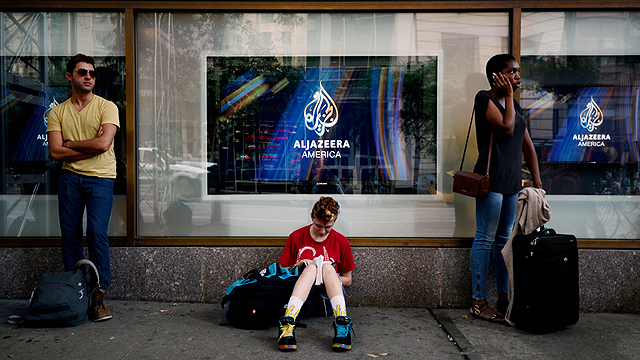 Al-Jazeera's US operation is headquartered in New York, with a vast news hub and studio across from Penn Station. In Washington, the channel has taken studio space formerly occupied by ABC at the Newseum, overlooking the US Capitol.

"Even if they weren't called Al-Jazeera -- and I would think if they wanted to have an impact they would call it something else -- to break through the noise and competition in the news market is very difficult," he said.

"I would be surprised if they had much audience in the next five years. It could have an impact if they break a set of stories, but it's not a going to change the commercial landscape."