In special move led by Medical Corp in response to 2010 discovery that 1-in-3 combat battalions has no doctor, only paramedic, IDF finally succeeds in manning each battalion with doctor of its own

Three years after it was revealed that a third of the IDF's permanent combat battalions had no doctors, the Medical Corp searched for a creative solution and managed to man the missing posts. From now on, every combat battalion will have a doctor of its own.

Brigadier General Itzhak Kreis presented the new data today, revealing the new arrangement which includes shifting doctors from non-combat bases to combat ones and increasing the number of medical students being funded by the IDF.

In recent years, there has been a decrease in the number of doctors studying in the academic Atuda programs, as part of which the IDF funds doctors' education in return for their service in the army's Medical Corp. 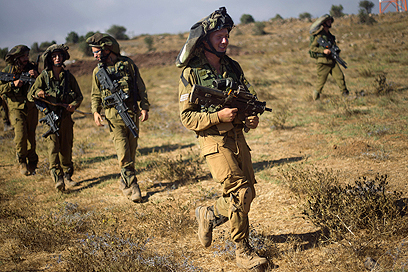 After three years, all combat battalions have doctors (Photo: AP)

As a result of the decrease in enlistment, 2010 saw an all time low in the number of doctors serving in the corps, and thus 30% of combat battalions were lacking a doctor. In their place, the IDF allocated paramedics to treat the soldiers.

The corps thus issued a tender for HMOs to take care of non-combat soldiers serving in large bases, thereby freeing up a large number of doctors who were sent to serve in the combat battalions. In addition, they removed all doctors serving in office positions and relocated them to combat bases. 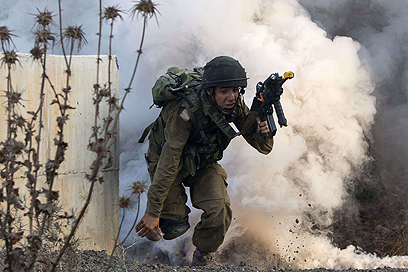 However, even this was not enough and the lack even prompted the State comptroller to warn of the dangerous implications of the IDF's understaffed medical units.

An additional solution had in fact already been implemented some seven years ago, when the corps was under the command of Brigadier General Hezi Levi, who enacted a massive campaign offering better service conditions to doctors in the Atuda track, in addition to increasing its numbers and funding. The move finally bore fruit and currently the IDF managed to man all of the battalions with the help of its new doctors. The role of a battalion doctor is of the utmost importance in regards to offering medical care to operational soldiers. Hence the IDF shifted to a long term program which offers incentives to doctors who choose to enlist through the track. In this regard, it is worth noting that the IDF opened a special medical program of its own together with Jerusalem's Hebrew University, whose enlistment numbers have been increasing annually. An additional move being led by Brigadier General Kreis is a rearrangement of paramedics and reserve doctors, all aimed at maximizing the investment in combat oriented medical care. As part of the effort, reserve soldiers who studied medicine were reenlisted as volunteers in their original units so they could serve as their doctors.